If Taliban engages with Afghan government, India can drop its hesitations: Former ambassador to Afghanistan 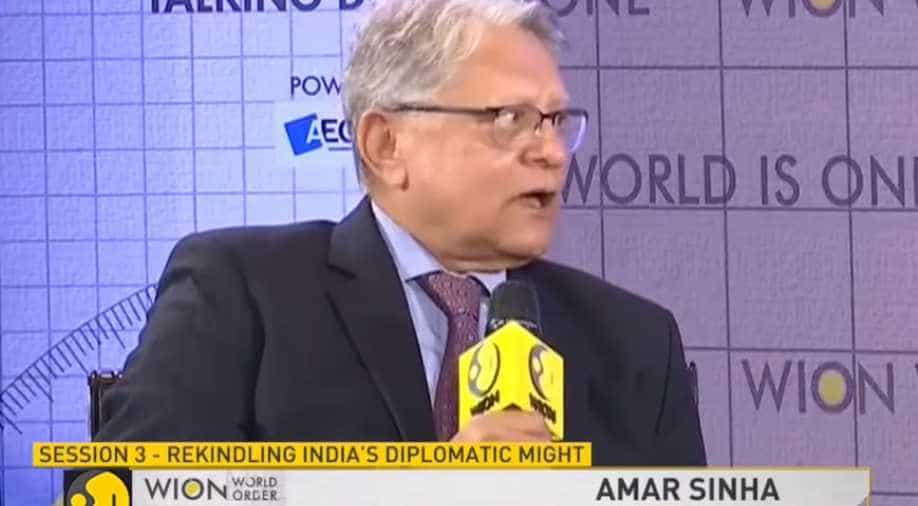 'The only way forward is through a ceasefire and with the Taliban engaging with the Afghan government and the Afghan people,' Sinha said.

India can engage with the Taliban if the group engages with the Afghan government and is acceptable to Afghan people, India's former ambassador to Afghanistan and member of the National Security Advisory Board Amar Sinha said at WION's World Order event in New Delhi today.

Sinha added, "let the Afghan people accept them. We have stood behind the Afghan govt. It is a good policy to carry and it is a matter of a month when we would be engaging, as they say, very popular Hindi song, 'Apna time agayega', our time will come. Afghanistan is not going away".

India's official policy on the Afghan peace process has been "Afghan-led, Afghan-owned and Afghan-controlled" with the Afghan government playing a key role.

Sinha further said that India won't be forgiving the Taliban easily and its links with Pakistan are well known. He highlighted that its "deputy leader is Haqqani which is an ISI agency and has carried out all the attacks in Kabul and against India. So, I don't think we should forgive them as easily."

India, as per its policy, doesn't engage with the Taliban. The only contact that happened was during the 1999 hijacking of the Indian Airline IC 814 when the plane was taken to Kandahar and Afghanistan was under the control of the Taliban.

"We have absolutely zero equity with the Taliban. All our equity is with the Republic of Afghanistan and the young and modern Afghanistan, where we have a very good standing," he said.

Sinha said that India's "position has been very mature" and if one looks around "what is happening... just about everyone is following a me-too policy". While countries like China, Russia, Uzbekistan, Iran have been talking with the Taliban "what has been achieved is nothing, the violence level is as high."

Amar Sinha, along with former Indian envoy to Pakistan TCA Raghavan in 2018 represented India at a "non-official" level at Moscow talks on Afghanistan wherein the Taliban was also present but no statement was made by any of the Indian diplomats.

Last week, US President Donald Trump made a surprise visit to Afghanistan and announced that Washington will start talks with the Taliban. One of the pre-condition, Trump said, would be a be ceasefire by the grouping which means putting an end to violence by the group on the landlocked South Asian country.

US special envoy to Afghanistan Zalmay Khalilzad will "rejoin talks" with the Taliban in Doha according to the US State Department that could "lead to intra-Afghan negotiations and a peaceful settlement of the war, specifically a reduction in violence that leads to a ceasefire".

President Trump cancelled the talks with the Taliban in September after an attack killed a US soldier in Afghanistan.