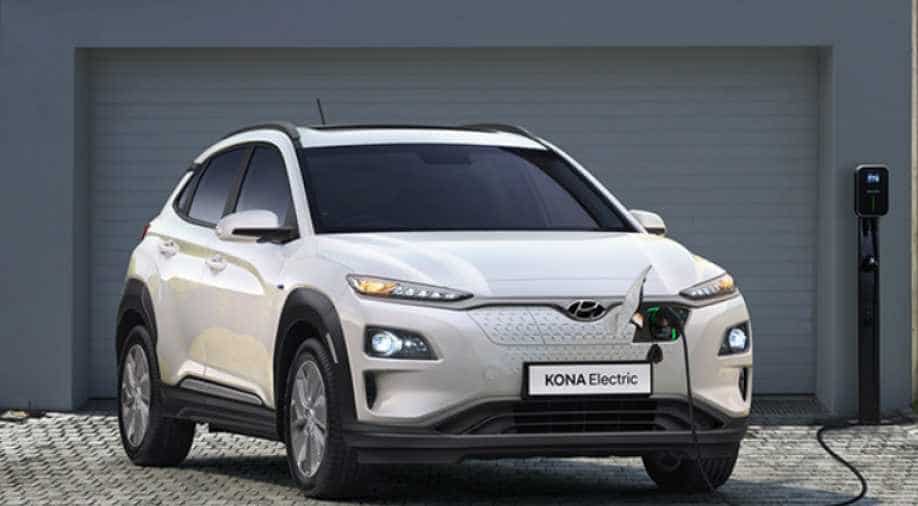 The car is powered by a 139.2 kWh advanced lithium-ion polymer battery which can be fully charged in just about an hour using a fast charger

South Korean carmaker Hyundai on Tuesday launched its first fully electric SUV (Sports Utility Vehicle), the Kona, in India. The car has been launched at an introductory price of Rs 25.30 lakh (ex-showroom).

Hyundai has said that the car will have a range of 452 kilometre in a single charge, claiming that the running cost of the Kona will be one-fifth of the traditional (petrol and diesel) engines which are curently in use.

The car is powered by a 139.2 kWh advanced lithium-ion polymer battery which can be fully charged in just about an hour using a fast charger. At the launch, the company announced that it is two chargers to those who are willing to buy this car.

India plans to achieve electric mobility by 2030 and taking the initial steps, the government cleared the second iteration of the Faster Adoption and Manufacturing of (Hybrid) and Electric Vehicles or FAME-II in February this year.

The main objective of the scheme is to encourage faster adoption of electric and hybrid vehicles by way of offering upfront incentive on purchase of electric vehicles and also by way of establishing necessary charging infrastructure for them.

In this year's Budget, Finance Ministr Nirmala Sitharaman sops to boost use of electric vehicles. She proposed an additional income tax deduction of Rs 1.5 lakh on interest paid on loans taken to purchase EVs and also asked the GST Council to reduce tax rate on EVs from 12 per cent to five per cent.

Customs duty on certain parts of EVs has also been reduced.