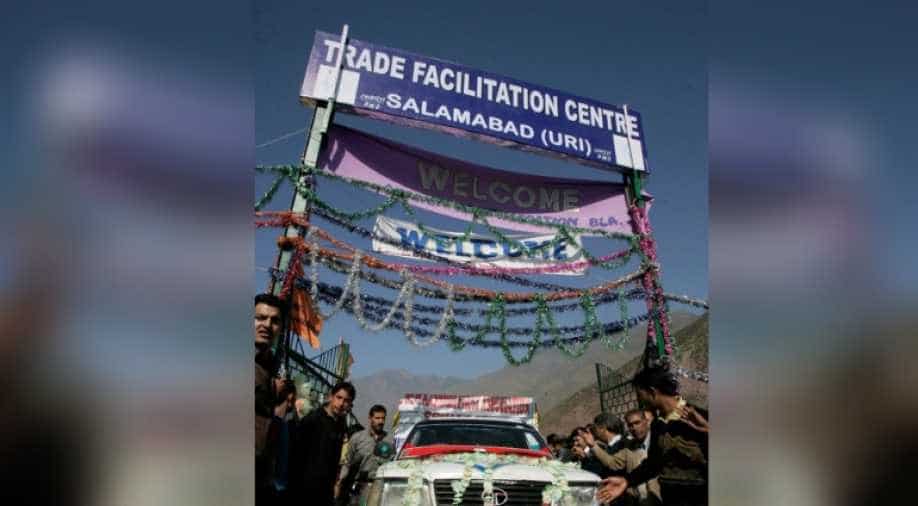 NIA was able to find out modus operandi of dubious hawala transactions for terror financing.

India on Thursday had suspended trade with Pakistan at the Line of Control(LoC), among several reasons was infiltration of third-party goods such as California almonds, when in fact, LoC trade was opened for only intra-Kashmir trade.

What India found was that almonds produced in California were being traded through the LoC and later used to fuel terror in the state by providing hawala money.

The national investigating agency(NIA) was able to find out modus operandi of dubious hawala transactions for terror financing.

Terror groups, identifying themselves as Pakistani trade firms, used to hand over the money to terrorist organizations on the Indian side through the hawala route. Some of the Pakistani firms had a close association with terror groups like Hizbul Mujahideen.

Pakistani traders under invoiced products like California almonds which they received.

On receipt of the consignment, a trader on the Indian side sold the California almonds at the prevailing market price and made extra and undue profit to the extent of under-invoicing.

The extra money generated was handed over by the trader to terrorist organizations in the Valley to fuel anti-India operations.

The Enforcement Directorate(ED) has already chargesheeted businessman Zahoo Ahmed Watali who was the president of LoC traders association. He was found to be funnelling money to terrorists, separatists and subversive elements in the Valley.

Other than funding terror, the trade route had become a channel of funnelling drugs such as cocaine, brown sugar and heroine and supply of arms to support terrorists in the Valley.

Upto 66.5 kg heroin was seized from a Valley-based consignee and the drugs came through the LoC trade. A large cache that was concealed in a consignment of bananas was seized from across the LoC from a driver from Kulgam in the Valley.

Trade was allowed through two Trade Facilitation Centres (TFCs) at Salamabad in Uri, part of the Baramulla district and at Chakkan-da-Bagh in the Poonch district.

The cross-LoC trade was started in 2008 as part of Confidence Building Measures by India and Pakistan for trade between Jammu & Kashmir and Pakistan occupied Kashmir(POK) for 21 agreed items on barter system.