'How much black money did Arun Jaitley bring back': Yashwant Sinha 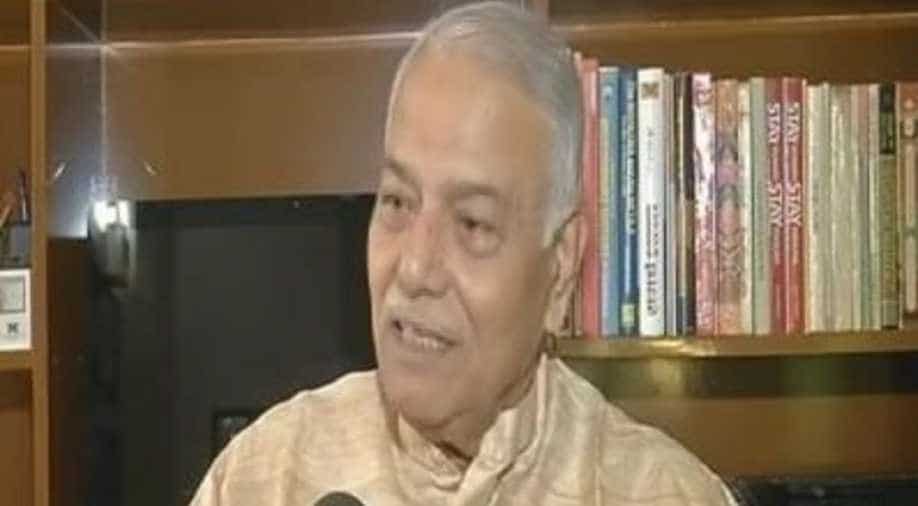 Yashwant Sinha claimed that during his tenure in the finance ministry the inflation was kept under control. Photograph:( ANI )

Replying to Jaitley's remark of "Job applicant at 80" Yashwant Sinha has said that he did not come to politics after retirement. || ||He claimed that during his tenure in the finance ministry the inflation was kept under control.

Responding to Arun Jaitley, Yashwant Sinha has said that the finance minister has delivered a well-researched speech but he did not stick to the advice of senior BJP leader LK Advani to refrain from personal attacks.

Replying to Jaitley's remark of "job applicant at 80", Sinha has said he did not come to politics after retirement.

I did not come to politics after retirement. I left my post in IAS. So I could not be asking for job at the age of 80 yrs: Yashwant Sinha pic.twitter.com/Ds3G9qlgYh

He also questioned the people calling him useless.

They say I was useless as a minister. How could they have given me the ministry of External Affairs if I was so useless?: Yashwant Sinha pic.twitter.com/LzTA73dtE4

Hitting at the government's claim of ending corruption, he said the Pakistan prime minister has been ousted due to his involvement in Panama Case.

"What measures have been taken by the government here against Panama leaks and how much black money has been recovered by Arun Jaitley".

In Pak they ousted PM due to involvement in Panama Case, what did they do here? How much black money did Arun Jaitley bring back?: Y Sinha pic.twitter.com/YaMEK8G9pU

He claimed that during his tenure in the finance ministry the inflation was kept under control.

During my tenure (as FM) there was never a discussion on inflation in Parliament because we had kept it well under control: Yashwant Sinha pic.twitter.com/NSQvWdchHw

He said that such claims are made only by those leaders who are not attached to the grassroots level.

( Also Read: Yashwant Sinha has shown the mirror: Shotgun's defence of his colleague)

To this, the BJP government on September 28 had accused its senior leader Yashwant Sinha of sympathising with "jobless" Congress leaders including Rahul Gandhi and P Chidambaram.

They said that Sinha's criticism of the government's economy was due to his personal frustration.