Yashwant Sinha has shown the mirror: Shotgun's defence of his colleague 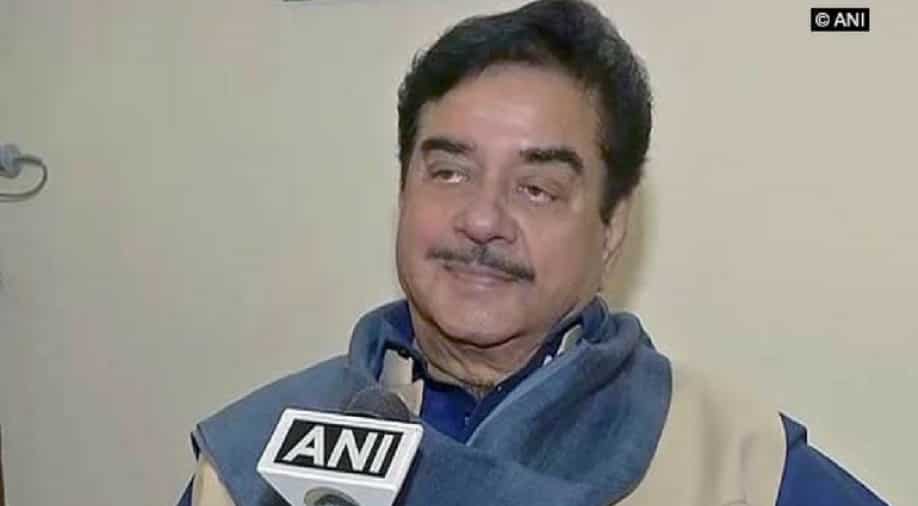 In an opinion piece in The Indian Express yesterday, the former finance minister criticised his own government for drowning the economy.

BJP leader Shatrughan Sinha today (September 28) spoke in defence of party leader Yashwant Singh saying that he hit the nail right on the head with his criticism of the way the economy had been handled.

In a chain of tweets, Mr Sinha said it would be "childish" to dismiss the concerns raised by the former finance minister. He alleged that someone in the "infamous and pervasive dirty tricks department" was ascribing motives to Yashwant Sinha's observations.

Shatrughan Sinha also added that it would be a childish move to overlook Yashwant's observations. The former actor contended people were "trying to sidetrack the issues" raised by the senior BJP leader and pointed out that in democracy, everyone is allowed to have a difference of opinion.

Mr. Yashwant Sinha is a true statesman & a tried & tested man of wisdom, who has proven himself as one of the best & most successful....1>2

..Finance Ministers of the country. He has shown the mirror on the economic condition of India and has hit the nail right on the head...2>3

Mr. Sinha's utterances are always very well thought through & must always be taken seriously.
It would be childish to be dismissive of..3>4

...or to make light of his recent observations.
Our elder brother must be appreciated and applauded for coming out with this.

He hoped that a "remedial action" for a prolonged solution on the matter will be taken.

I am of the firm opinion that everything that has been written by Mr. Sinha is entirely in the party's and National interest...1>2

Hope, wish & pray that all those people who matter in our party ponder over what has been said by Mr. Yashwant Sinha...1>2

In an opinion piece in The Indian Express yesterday, the former finance minister criticised his own government for drowning the economy.

Titled "I need to speak up now", Yashwant Sinha targeted the Centre by shedding light on the poor economic record and pointed out that demonetisation proved to be an "unmitigated economic disaster" and that the Goods and Services Tax (GST) was a "badly conceived and poorly implemented" havoc.

He began the compelling article, saying, "I shall be failing in my national duty if I did not speak up even now against the mess the finance minister has made of the economy."

Yashwant also added that the economy is on a downward spiral and many in the BJP do not dare to speak up against it out of fear.

Yashwant also affronted the raids conducted by Income Tax department, Enforcement Directorate and Central Bureau of Investigation and commented that it has become "a new game to instill fear in the minds of people."

Sinha put a close to the article by saying, "The prime minister claims that he has seen poverty from close quarters. His finance minister is working over-time to make sure that all Indians also see it from equally close quarters."

The Congress and other Opposition parties attacked the Centre and asked the government to respond to the government's scathing attack.