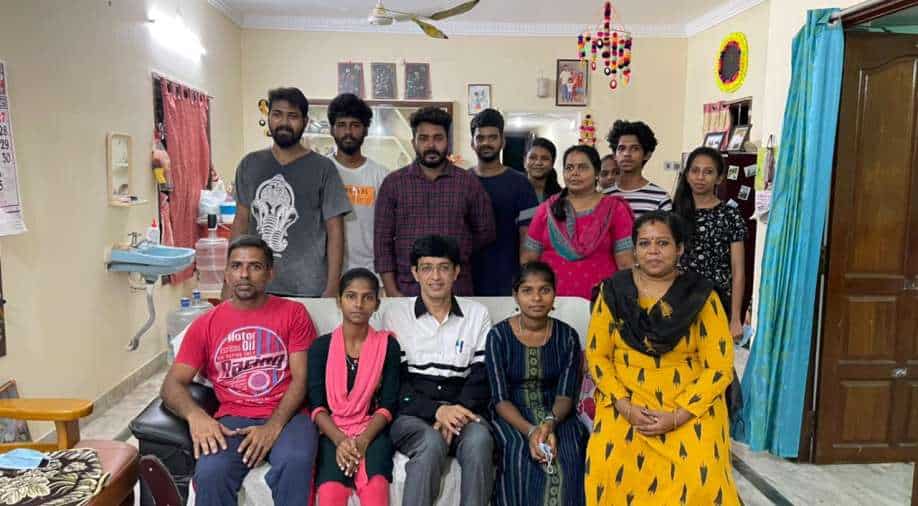 All through the years, he had provided her support and the means to get educated, employed. In a special gesture, the senior bureaucrat was present at the venue to solemnise her wedding

It was a heart-warming incident in Tamil Nadu's Nagapattinam district when the entire district administration came together for the wedding of a girl, who was orphaned while she was an infant.

Back in 2004, Sowmiya was orphaned and was adopted by the then-District Collector Dr J Radhakrishnan, who currently serves as the Tamil Nadu Health Secretary.

All through the years, he had provided her support and the means to get educated, employed. In a special gesture, the senior bureaucrat was present at the venue to solemnise her wedding.

The 2004 Tsunami which had struck large parts of South Asia had wreaked havoc across Tamil Nadu, leading to over 8,000 casualties.

Upto 100 children were tragically orphaned in the aftermath of the tidal waves, in Nagapattinam alone.

The children had been growing up in a government-run shelter. As Collector, Dr Radhakrishnan had adopted two infants whom he had found during the rescue and relief operations.

Despite his promotions and transfers to Chennai, the Indian administrative service officer had been making time to visit the girls at their shelter every month, over the last several years.

#TamilNadu Health sec Dr. @RAKRI1 solemnising wedding of Sowmya, whom he adopted, after 2004 tsunami left her orphaned. As Nagapatnam collector back then, he adopted 2 infants Meena (3mnths)& Sowmya(9mnths) old..

He used to personally take care of them and ensure that they got a good education and proper upbringing.

After the girls turned 18, they were adopted by Malarvizhi-Manivannan, a couple based in the same district.

In a special gesture, as Sowmiya was getting married, the IAS Officer came along with his family to solemnise the occasion and bless the couple.

District officials including the Collector, police superintendent were among those present at the ceremony.

"He helped me like a Father, and today I have a big family (all the people of the district) because of his support. Appa (father) helped me with everything. For the first time ever, I feel so happy with such a big family around," she said, thanking the bureaucrat, on her big day.

Radhakrishnan also appreciated the people of Nagapattinam for all their efforts and contributions in bringing up these children who had tragically lost their parents at a very young age.

"Even though they may call some of us as their parents, they are the children of this district," he said.

He added that he was extremely happy to see Sowmiya getting settled well in life, after completing her college education.