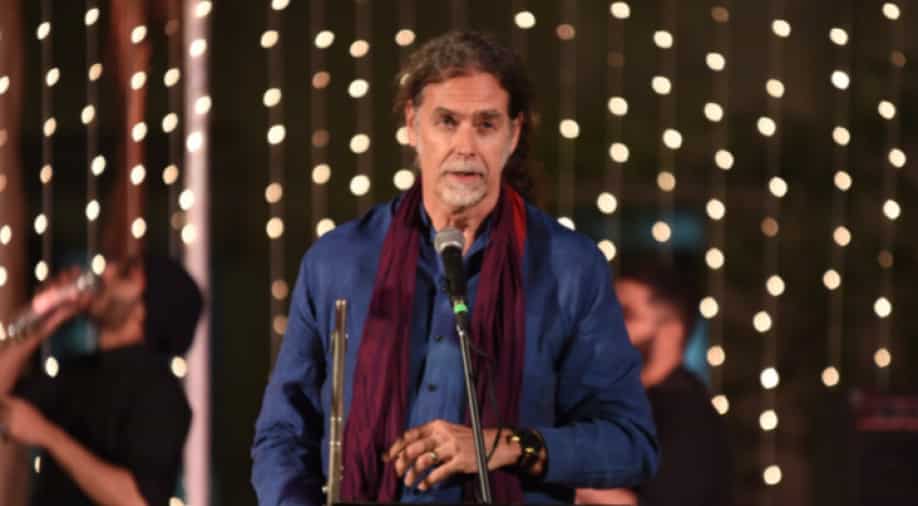 The 1971 concert for Bangladesh by Pandit Ravi Shankar and George Harrison changed the course of history by raising awareness about the refugee crisis in the then East Pakistan. It also impacted the West's view about India and influenced a 14-year boy in Germany.

The 1971 concert for Bangladesh by Pandit Ravi Shankar and George Harrison changed the course of history by raising awareness about the refugee crisis in the then East Pakistan. It also impacted the West's view about India and influenced a 14-year boy in Germany. Now 65-years-old Walter J Lindner, Germany's envoy to India, still recalls its impact on him personally and also culturally in the West.

Speaking to WION Principal Diplomatic Correspondent Sidhant Sibal, Ambassador Walter J Lindner said it brought "Indian spirit right to the heart of Manhattan" and the concert had its influence "throughout my whole life."

So inspired was the envoy, particularly in his youth, that he did many jobs to collect money and come to India. He explained, "You saw these Indian musicians, the mystics of the East coming into our living room" via the famous concert in Manhattan that was attended by 40,000 people.

The concert, the first of its kind, became a model for future charity events in the West. According to estimates, it raised $12 million for Bangladesh.

WION: How did the concert change or impact your life?

Walter J Lindner: I have a very clear recollection because even 50 years later this is still in my head because it influenced me in many ways, through all the decades and many years.

It is very difficult to explain but almost comparable to the Woodstock concert, which was a year before.

I was 14 years old at that time and I saw it on television, it was in New York in Madison Square garden. For several reasons it was mind-blowing.

For 14 years old, for not only me but for the whole generation, many, many of my generation were influenced.

What was new about it? First of all, it brought together for the first time musicians from the East and the West. We were used to the rock generation, Led Zeppelin...so all these western rock music heroes which we had posters in our rooms. They were dressed in jeans [and had] beards, long hair. This group we knew very well. On the other hand, the Indian musicians were dressed in white cloths with instruments we didn't know--sitar, tabla, and soft-spoken like Ravi Shankar. This was the complete opposite, different kind of atmosphere, western and eastern musicians that played together.

Secondly, it was the first time this kind of solidarity concert, a benefit concert was staged 50 years ago.

After this came other concerts which just copied it, like for Africa. This was the first concert of this magnitude which brought together a lot of money, all together it was $12 million, and 40,000 people watched it.

What was most important to me was to get this Indian approach. You saw these Indian musicians, the mystics of the East, coming into our living room. For me, and many people, it was a clue to say, I have to see what is happening in the East.

I have to see, to go to the country where the Sun goes up, where people are meditating, where people like Ravi Shankar are praying. For me it was a kind of a pulling effect, it didn't stop pulling me until I went there.

I worked as a taxi driver, did jobs, just enough [so that] I had money to go to India to see where this mystic came from. It lasted my whole life, and if you see the fact I am here as an ambassador has to do with it as well, because it nurtured my eagerness to travel and to see exotic countries and come back to the country where I started 40 years ago.

WION: How has the concert impressed a whole generation in the West?

Walter J Lindner: The Beatles in 1971 had just dissolved, so it was the first big concert where George Harrison participated.

A lot of myths were connected to the concert. They not only had to stage the concert, the Beatles, when they were still the Beatles had come to India two years before and they went to Ashram in Rishikesh but they also went to Taj Mahal, they went to Dal Lake. So there was a connection between Indian and the Beatles music.

They took the sitar in their own composition and they went to Connaught Place to get the first sitar for George Harrison. So there was a connection between the Beatles and India.

Since Ravi Shankar was from Varanasi, his parents were from Bengal. He told George Harrison of the tragedy, millions of millions of refugees, and so they decided together to make a solidarity concert.

That time it may be different than today, because of a lot of these musicians had a lot of charisma and for us they were heroes.

John Lennon wanted to come but he wanted to bring Yoko Ono. Yoko Ono was not really liked by other musicians, so they said you come alone. Lennon said he won't come.

All these stories were around this. We were not prepared for people in white dresses and they came silently and they tuned for hours. They would tune in for hours, taking the time, bringing this Indian spirit right to the heart of Manhattan. This was something we were flabbergasted, what is this? We weren't prepared for this and it was a myth that opened our eyes for many of us and implanted in us the wish to come to India.

WION: How do you see the initiative holding the concert yet again...

Walter J Lindner: I don't know what organisers have planned, the idea is good to say to have another concert of the memory there. But this was such a huge concert, you just can't redo it because the spirit from then is not here and the charismatic musicians are not there.

The time, lifestyle is different. So it would have to be something different, and not copying. Even if the son of George Harrison and daughter of Pandit Ravi Shankar would be there, these are good names, but I don't know who would be performing there.

So 50 years later this concert will be different, different goal and angle. The idea is good, but it has to be worked out well not to raise expectations. It influenced me, I am 65 now, the concert influenced me through my whole life.