Here is why Virat, Anushka pay Rs 15 lakh as rent for Mumbai flat 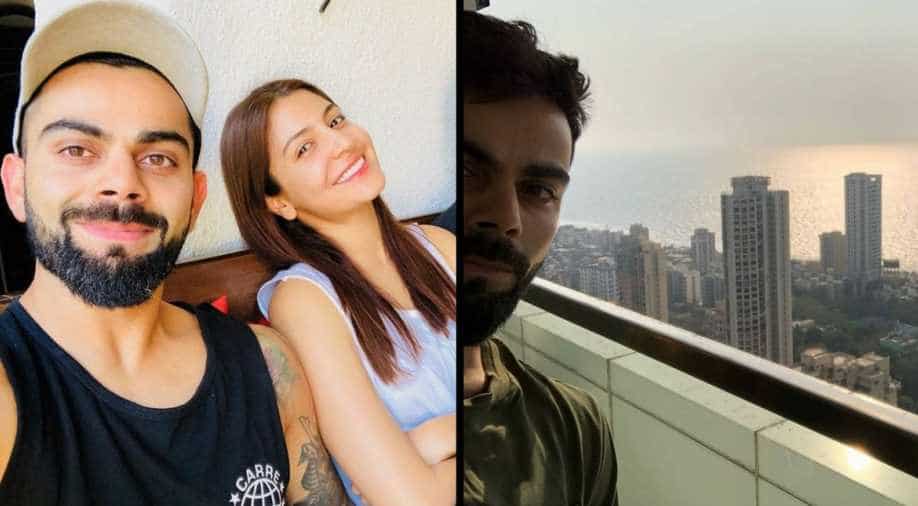 Newlyweds Virat Kohli and Anushka Sharma reportedly pay INR 15 lakhs per month as rent for a flat in Raheja Legend, which is located on Dr Annie Besant Road, a posh area in South Mumbai.

The reason behind this is, Worli is one of the most classy areas to live in Mumbai and well connected to rest of the city.

Recently, the couple got to spend some time together from their hectic schedule and shared some pictures on the social forums.

Recently, Virat Kohli posted a picture on social media from the balcony of his home and captioned it as, "Where else would you wanna be when you have such a stunning view from home!"

In the picture, he captured the beautiful cityscape of Mumbai consisting of several skyscrapers of the city and the beautiful Arabian Sea behind him.

Where else would you wanna be when you have such a stunning view from home! ????♥️

Earlier, it was suspected that Virat has moved to his apartment in Omkar 1973 which he had bought in 2016 but some sources revealed that the image he shared is from the flat which is on Dr Annie Besant Road in Raheja Legend.

The Raheja Legend apartment in which Virat and Anushka are staying currently is on the 40th floor for which they paid INR 1.50 crore as a deposit and INR 1 lakh as the registration amount.