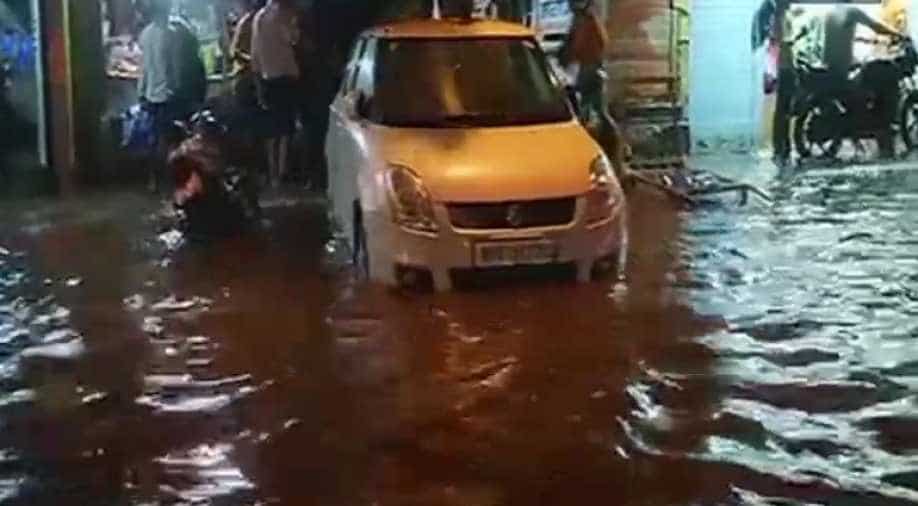 Some flights were diverted to nearby airports. ||The Mumbai airport was suspended for a while in the evening.

Heavy rains lashed Mumbai on Tuesday afternoon causing jams in various parts of the city. The local trains also ran late due to the heavy downpour.

Flights at Mumbai airport were suspended for a while as the visibility dropped down below 550 meters. The authorities had to divert some flights to nearby airports.

As more rain is predicted by the weather forecasters, the civic administration and other agencies have been gearing up to avoid the catastrophic situation which occurred late last month as Mumbai witnessed a rerun of the 2005 downpour.

On 29 August, Mumbai received more than 300 mm rainfall leaving hundreds stranded at various places with the city in a virtual clampdown.

A senior official attached with the Disaster Management Cell of Brihanmumbai Municipal Corporation(BMC) told PTI: "No untoward incident has been reported so far owing to the rains and our contingency services are in alert mode."

Rainfall started in the afternoon was later accompanied by thunder and lightning. The areas which received heavy rainfall in the evening included south Mumbai, Borivali, Kandivali, Andheri, and Bhandup.

Trains were running late, but there has been no cancellation till now, A K Jain, PRO of central Railway said.

On Sunday, the weather department had forecast heavy rains in Mumbai and coastal Konkan region for next three days, PTI reported.