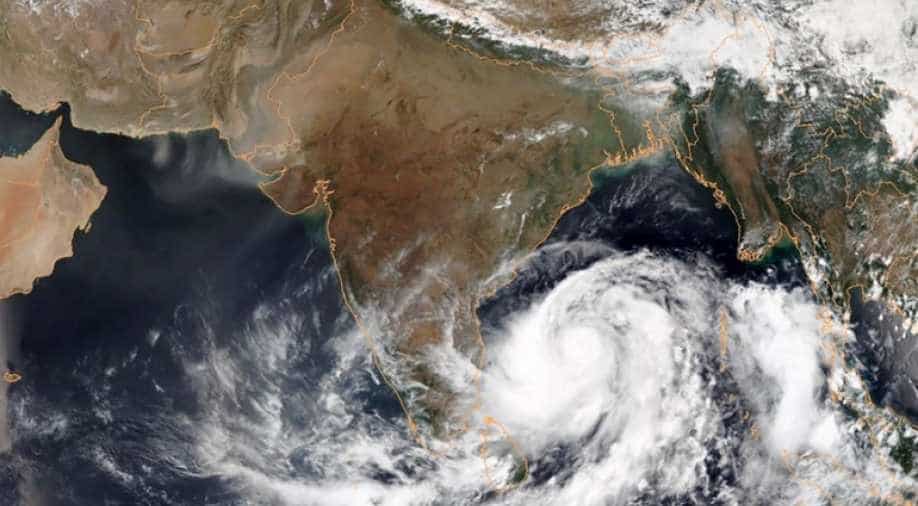 Following the cyclone warning issued by the Indian Meteorological Department(IMD), twelve teams of the National Disaster Response Force have been deployed across the North and Central Coastal districts of Tamil Nadu

Following the cyclone warning issued by the Indian Meteorological Department (IMD), twelve teams of the National Disaster Response Force have been deployed across the North and Central Coastal districts of Tamil Nadu. Six teams are stationed in Cuddalore, two in Puducherry, one in Karaikal, besides two teams on standby in Chennai and one in Madurai, as the region braces for heavy rains.

Also read: Amid monsoon, water levels in reservoirs around Chennai over half capacity

Currently, the low pressure trough(depression) lay 520kms South East of Chennai. The weather formation is expected to develop into a cyclonic storm by Monday night and further into a severe cyclone by Tuesday, according to the Regional Meteorological Center, Chennai. The department added that the Cyclone was likely to make landfall between Karaikal and Mamallapuram, near Chennai on Wednesday, 25h November.

Heavy rains have been predicted across the Northern, delta districts of Tamil Nadu and Puducherry. Wind speeds of 65kmph and rough waters with waves two meters higher than usual are forecast for the coastal areas over the next two days and fishermen have been advised not to venture out to the seas until Wednesday. Gusts of upto 120kmph are predicted at the time of the cyclone making landfall.

On Monday, Chief Minister Edappadi K Palaniswami held a meeting at the secretariat regarding the cyclone preparedness. The State Government said that requisite alerts have been issued to district officials and that the inspection of water bodies was being carried out, besides ensuring measures to evacuate people in low-lying areas and accommodate them in relief camps, in accordance with Covid-19 protocols. According to the Government, multi-disciplinary teams have been formed at the local levels to coordinate efforts and mitigation measures.

TN Govt has announced that bus transport within and between seven districts will be suspended from 1pm on Tuesday, 24th November, until further notice, in view of the cyclone. The seven districts are Pudukkottai, Nagapattinam, Thanjavur, Tiruvarur, Cuddalore, Villupuram and Chengalpattu.

Those using private vehicles are being advised to travel only if necessary and people in coastal districts are advised to stay indoors in view of the prediction of heavy rainfall and gusty winds.