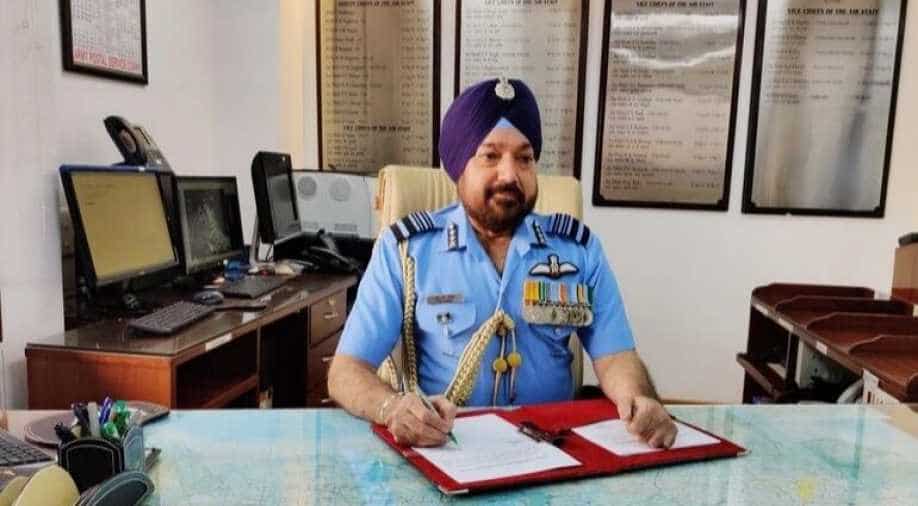 Arora succeeds Air Chief Marshal RKS Bhadauria who took over as the IAF Chief, a day earlier on September 30.

Air Marshal Harjit Singh Arora took over as Vice-Chief of the Indian Air Force on Tuesday.

Arora succeeds Air Chief Marshal RKS Bhadauria who took over as the IAF Chief, a day earlier on September 30.

He had assumed office on September 30 last year, after the retirement of Air Marshal Ravinder Kumar Dhir.

Arora was commissioned in the Indian Air Force as a fighter pilot in Dec 1981. He has rich and diverse experience of over 2600 hours accident-free operational flying which includes MiG 21, MiG 29 and other aircraft in IAF inventory, including helicopters.

He was deputed as Defence Attache at the Embassy of India, Bangkok, Thailand from 2006 to 2009.

He commanded 45 Squadron as a Wing Commander and later was Commander of an Air Defence Direction Centre in Western Sector. He is a meritorious graduate of Defence Services Staff College and National Defence College and is Master of Philosophy in Defence and Strategic Studies.

In recognition of his distinguished service, he was commended by the Air Officer Commanding-in-Chief in 1997 and was awarded Ati Vishist Seva Medal on 26 Jan 2011 by the President of India.

Science should be solution-based, people-centric: Vardhan