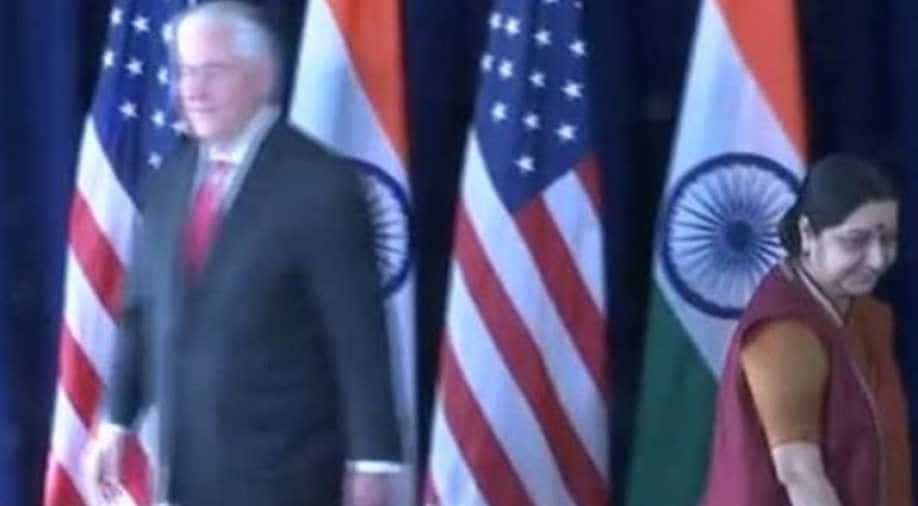 India's Foreign Minister Sushma Swaraj on Friday (September 22) met US Secretary of State Rex Tillerson in New York during which they discussed the situation in South Asia and reviewed the entire gamut of bilateral issues.

The two leaders met on the sidelines of the annual United Nations General Assembly (UNGA) session.

President Donald Trump has ordered a review of the US visa (H-1B) programme for bringing high-skilled foreign workers into the country, putting technology firms and the outsourcing companies that serve them on notice that possible changes may be ahead.

Critics of the program say most H-1B visas are awarded for lower-paid jobs at outsourcing firms, many based in India. That takes work away from Americans, lowers wages and keeps Americans from being trained in tech-related fields.

Trump has also threatened to end the Deferred Action for Childhood Arrivals (DACA) - an immigration policy that allowed minors, who entered the country illegally, two-year period of deferred action from deportation.

Ms Swaraj is on a week-long visit to the US to attend the 72nd session of the UNGA. She will address the general assembly on September 23.