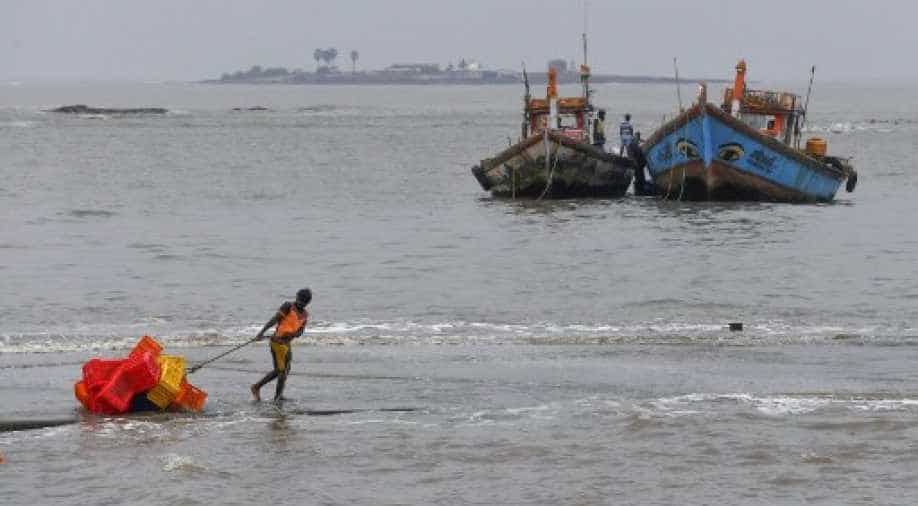 Reports said 15 teams of National Disaster Response Force (NDRF) have been deployed in Maharashtra to counter the cyclone.

India Meteorological Department (IMD) said today that deep depression in the Arabian Sea has intensified into cyclonic storm Nisarga due to arrive in Maharashtra and Gujarat coast on June 3.

In Pictures: Cyclones before 'Amphan' that wrecked India's coast

The IMD said it is likely to turn into a 'severe cyclonic storm' by tonight.

Meanwhile, reports said 15 teams of National Disaster Response Force (NDRF) have been deployed in Maharashtra to counter the cyclone.

Prime Minister Narendra Modi in a message said: "Took stock of the situation in the wake of cyclone conditions in parts of India’s western coast. Praying for everyone’s well-being. I urge people to take all possible precautions and safety measures."

Officials said that 20,000 people from villages near Gujarat coast are to be evacuated ahead of the cyclone with people living in Valsad and Navsari districts being shifted to safer areas.

Amid reports of the cyclone, reports said  13 boats of fishermen from Palghar are still out in the sea after over 570 left with authorities making efforts to get them back.

Most of all the boats are back, authorities said even as the Maharashtra and Gurajat government sounded alerts with Vasai, Dahanu and Palghar areas where most fishermen live put on high alert.