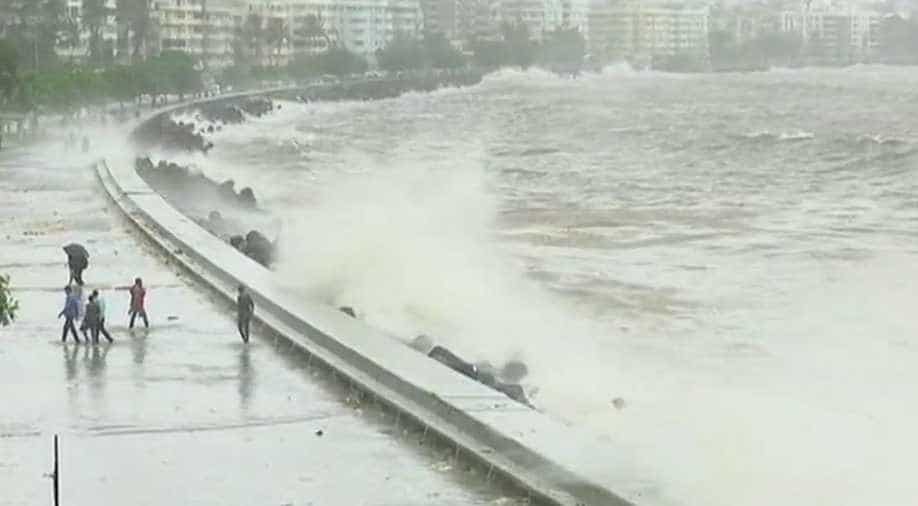 This will be the first time that a cyclone will make landfall on the Maharashtra coast in June since record-keeping began in 1891.

Tropical cyclone Nisarga is going to make landfall near Mumbai on June 3, 2020, bringing strong winds, heavy rain and a possible storm surge to the city before the monsoon season begins in the region, according to the India Meteorological Department (IMD).

In pictures: Cyclones before 'Amphan' that wrecked India's coast

Maharashtra and Gujarat are on pre-cyclone alert as very heavy to extremely heavy rainfall is expected in parts of the states on June 3 and June 4. Fishermen are advised not to venture into the sea for the next few days as it is expected to be very rough.

The NDRF has already deployed 13 teams in Gujarat including 2 kept as reserve and 16 in Maharashtra including 7 teams as a reserve, while one team each was deployed for Daman and Diu and Dadra and Nagar Haveli. NDRF is aiding the state governments for the evacuation of people from low lying coastal areas.

This will be the first time that a cyclone will make landfall on the Maharashtra coast in June since record-keeping began in 1891.

Meanwhile, at 9 pm on Monday, the India Meteorological Department (IMD) had said that the well-marked low-pressure area over South-East and adjoining East-Central Arabian Sea and Lakshadweep area concentrated into a depression and it is very likely to intensify into a deep depression during next 12 hours and intensify further into a cyclonic storm over the East-Central Arabian Sea during the subsequent 24 hours."The depression lays about 310km southwest of Panjim, 570km south-southwest of Mumbai, 800 km south-southwest of Surat. It will cross Harihareshwar (Maharashtra) and Daman coast on the evening of June 3," IMD said.