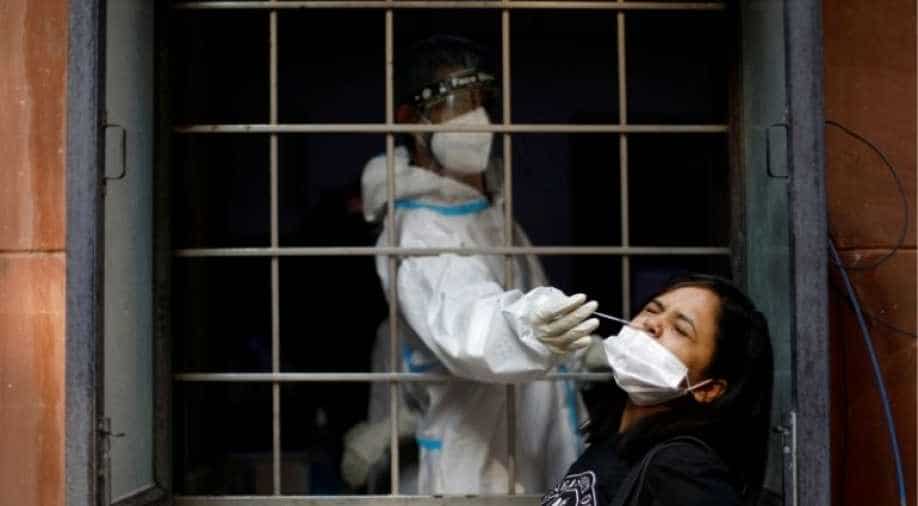 A woman reacts as a healthcare worker collects a swab sample amidst the spread of the coronavirus disease (COVID-19), at a testing centre, in New Delhi, India Photograph:( PTI )

In India, the number of daily confirmed cases has dropped but this is not the time to let your guard down. Prime Minister Narendra Modi reiterated the message a few days ago.

Older adults may be most vulnerable to the coronavirus, but ending the pandemic will require vaccinating children, too.

Last week, Pfizer Inc. received permission to test its vaccine in U.S. kids as young as 12, one of only a handful of attempts around the world to start exploring if any experimental shots being pushed for adults also can protect children.

As the largest global supplier of drugs and producer of 60% of the world’s vaccines, India has long been known as the “pharmacy of the world”.

And as the hunt for a covid vaccine is gaining momentum the country is playing a strategic and central role in it. Today Covaxin, the vaccine candidate developed by Bharat Biotech India Limited (BBIL) in collaboration with Indian Council of Medical Research (ICMR), has received approvals from India’s drug control authority, Drugs Controller General of India (DCGI's) Expert Committee for the initiation of the final and Phase III clinical trials.

According to the news reports, India’s government has set aside about 500 billion rupees ($7 billion) to vaccinate the world’s most populous country after China against the coronavirus, according to people with knowledge of the matter.

Prime Minister Narendra Modi’s administration estimates an all-in cost of about $6-$7 per person in the nation of 1.3 billion, the people said, asking not to be identified as the details are private.

In India, the number of daily confirmed cases has dropped but this is not the time to let your guard down. Prime Minister Narendra Modi reiterated the message a few days ago. He urged caution ahead of the festival season until we find a vaccine, the mask is our best bet. Keep it on, and stay safe.