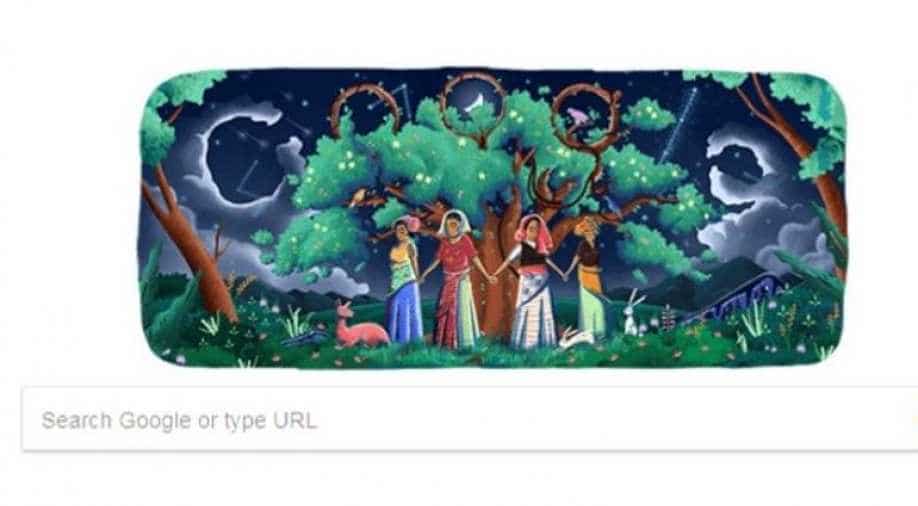 The movement has its roots in the incident that dates back to 1730 AD in Khejarli village, Rajasthan. Photograph:( Others )

Today's Google Doodle celebrates the 45th anniversary of the Chipko Movement dedicated to the cause of tree conservation and saying no to deforestation.

The doodle portrays a colourful design where a group of women are standing around a tree, representing their fight against deforestation which was the main objective of the movement.

The movement was initiated in the year 1973 and went on to become a starting point of nonviolent protests in the country.

The move has its roots in the incident that dates back to 1730 AD in Khejarli village, Rajasthan. It is believed that nearly 363 people sacrificed their lives to save Khejri trees.

Chipko Movement gets its name from the Hindi term 'Chipko' which means to hug or to stick. The movement was manifested in the act of protesters hugging trees with an aim to save them from falling prey to felling and deforestation.

The aandolan draws heavily from Gandhian principles of Satyagraha.