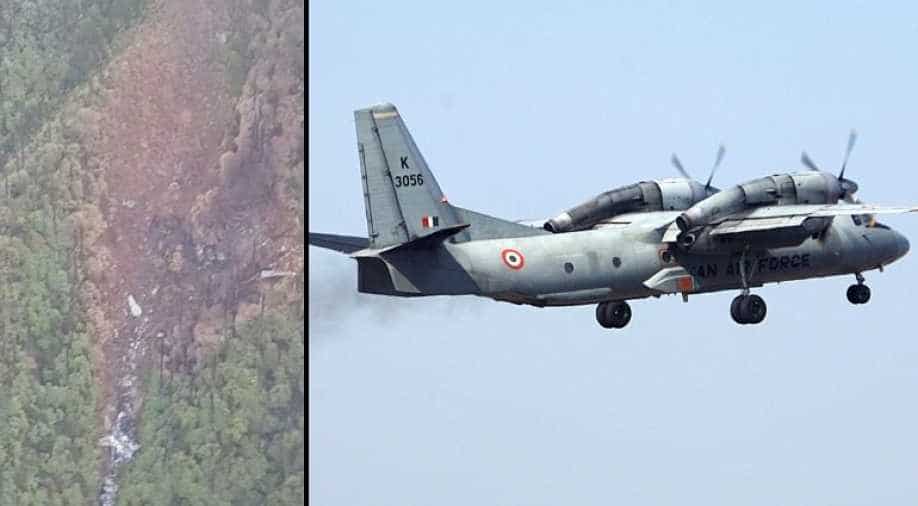 The Russian-origin transport aircraft AN-32 that was flying from Jorhat in Assam to Menchuka advanced landing ground near the border with China on June 3 when it lost contact with ground staff at 1 pm, within 33 minutes of taking off.  Photograph:( Agencies )

Eight days after the AN-32 aircraft wreckage was found in heavily forested mountainous terrain in Arunachal Pradesh, the Indian Air Force(IAF) has sent its search teams comprising of Garud commandos including Mi17s and light helicopters to look for evidence of those missing.

The AN-32 transport aircraft was spotted 16 kms North of Lipo, north east of Tato from an IAF Mi-17 helicopter on Tuesday. There were 13 IAF personnel on board when the plane crashed.

"Efforts are now continuing to establish the status of occupants and establish survivors," the IAF said.

The Russian-origin AN-32 aircraft was going from Jorhat in Assam to Menchuka advanced landing ground near the border with China on June 3 when it lost contact with ground staff at 1pm, within 33 minutes of taking off.

After bad weather hampered operations, the IAF had pressed Sukhoi-30 aircraft in addition to a fleet of C-130J, Mi-17 and ALH helicopters along with ground forces including troops from the Army, Indo-Tibetan Border Police and state police.

The Indian Navy's P-8I aircraft was also deployed earlier this week as it has electro-optical and infra-red sensors which are helpful in search operations.

ISRO's Cartosat and RISAT satellites were also used to take images of the area around Menchuka.

"After identification of the wreckage of AN-32 by Mi-17V5, the Cheetah of reached the crash site. Due to high elevation and dense forest, helicopters could not land next to the crash site," the IAF had said on Tuesday.