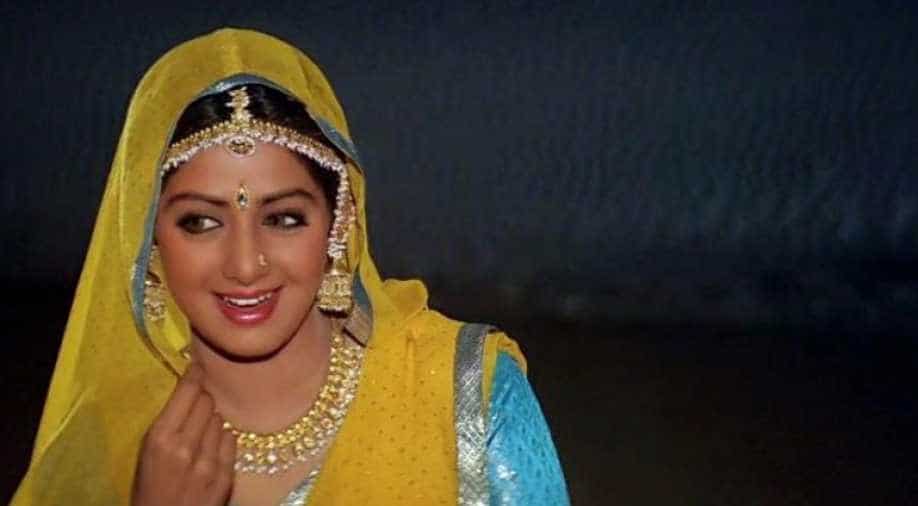 Sridevi in a still from her film 'Lamhe'. Photograph:( Others )

The repatriation of actress Sridevi's mortal remains may be further delayed after the forensic results which state that the actress died of accidental drowning in her bathtub, sources said on Monday.

The Dubai government said in a tweet that the police have transferred the case to the "Dubai Public Prosecution" which will carry out regular legal procedures followed in such cases.

The Dubai police, which earlier given its clearance, now awaits clearance from the prosecution magistrate which may cause delays, ANI reported citing sources.

The police reportedly informed Indian authorities that the body can only be handed over after permission from prosecution magistrate, sources told ANI.

Indian Envoy to UAE Navdeep Suri told ANI that the Indian embassy and consulate were working closely with local authorities to expedite the transportation of the actress' mortal remains to India.

Our embassy and consulate are working closely with local authorities to expedite the return of mortal remains of #Sridevi and also keeping Kapoor family apprised, it is our endeavor to send mortal remains at earliest: Indian Envoy to UAE Navdeep Suri to ANI (file pic) pic.twitter.com/kdHImTc04c

The official forensic report reveals that Sridevi died of accidental drowning in the bathtub on Saturday.

The Dubai Police stated on Monday that the death of Indian actress Sridevi occurred due to drowning in her hotel apartment’s bathtub following the loss of consciousness.

It is not clear what caused Sridevi, 54, to lose consciousness, and whether the initial report of her death due to cardiac arrest still holds.

The actress reportedly had a fainting spell in her bathroom and was immediately rushed to Rashid Hospital in Dubai. She was, however, brought dead to the hospital, according to hospital sources.

She died in her hotel room in at 11 pm on Saturday, according to a source in the Indian Consulate in Dubai.

UAE's Gulf News also reports that forensic reports mention "traces of alcohol found in Sridevi's body" and that "under the influence of alcohol she lost her balance, fell into the bathtub and drowned".

Gulf News earlier quoted sources as saying that the toxicology tests are expected to reveal the exact cause of Sridevi's death and that if results conclude that natural cause such as a cardiac arrest was not the reason, then there could be further delays in sending the body home.

Her body has been released for embalming, Gulf News reported earlier.