From 'I love you' per minute to 'Will you marry me' every second minute: What Alexa dealt with in India 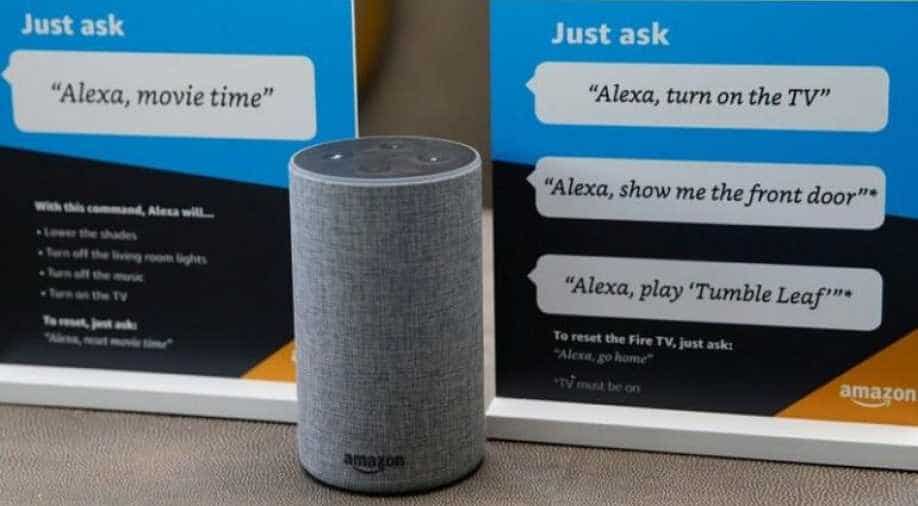 Prompts on how to use Amazon's Alexa personal assistant are seen in an Amazon ‘experience centre’ in Vallejo, California, U.S., May 8, 2018. Photograph:( Reuters )

Many users were also recorded speaking to Alexa in a vernacular tongue, asking the AI "Alexa, kaisi ho?" 3 times every minute.

Though the advancements made by humans in the past decade and the convenience afforded to us by technology may be an irrefutable fact, conversations regarding the way we feel about certain devices continue to raise eyebrows.

A major aspect of this topic is Alexa, a virtual assistant who can be contacted via smart speakers. According to reports, 2019 saw a shocking spike in the frequency of interactions between Indian consumers and Amazon's AI assistant.

According to reports from Amazon, Alexa has been declared the "most eligible bachelorette of 2019 in India," as of 2019. Some of the most frequently asked questioned were recently made public by the IT giant.

Watch | Indians say 'I love you Alexa' once every minute

'Will you marry me?' is asked by Indian users every second minute@krishnaksays decodes this interesting report #Alexa pic.twitter.com/TrKZv8YXTC

Though it may not be as baffling to know that weekly interaction with the AI numbers in the millions, it is a little concerning to know that a majority of Indians say the words "I love you" to their smart speaker once every 60 seconds. Indian users were also recorded asking Alexa "Will you marry me?" at least once every second minute.

Also see: Is Siri or Alexa making us impolite?

Perhaps after not getting a response due to the AI's limited responses and the fact that it is nothing more than binary digits, users asked "How are you?" at least 8 times every minute.

Many users were also recorded speaking to Alexa in a vernacular tongue, asking the AI "Alexa, kaisi ho?" 3 times every minute. The incorporation of Hindi into the AI was a move made by Amazon to better serve such a large consumer base.

Whenever Alexa is not being pummelled by a barrage of romantic queries, it is being asked to play songs for its audience from a variety of genres. Over 1,000 songs per minute was the record as of 2019, with songs such as the Hanuman Chalisa, Baby Shark, and Lamborghini being the top three.

Citing data from 2019, Alexa has imparted cooking skills and instructions on a plethora of cuisines from all corners of India, if not the world. Over 1,000 people consulted Alexa for cooking purposes every day last year, and at least one Hindi folk tale was read by Alexa every minute in the same year.

Echo Show 8 is the new product being launched by Amazon, which will start shipping in the country from February 26. It has an 8-inch HD screen, built-in camera with shutter and stereo sound output. Though the price for Amazon's latest contraption currently rests at ₹12,999, discounts of about ₹8,999 are being availed at e-commerce sites.