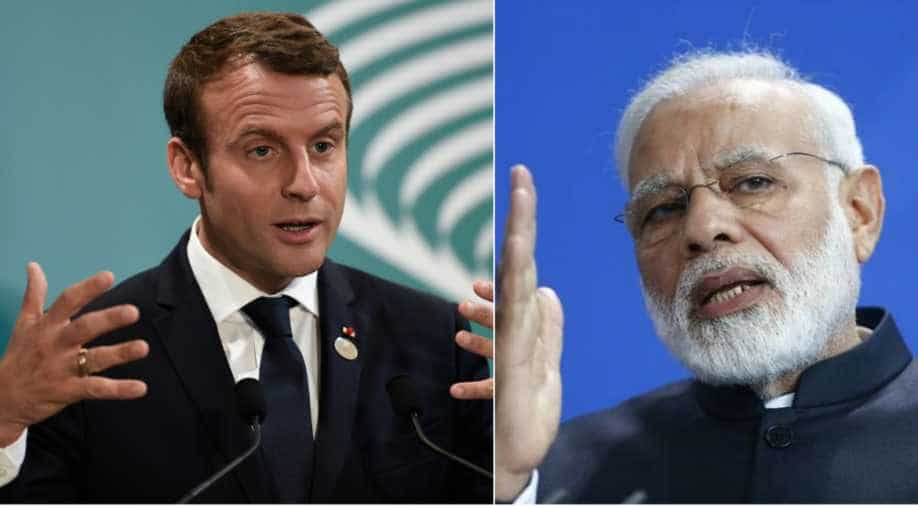 France and Indian companies signed contracts worth 13 billion euros ($16 billion) on the first day of President Emmanuel Macron's visit to India on Saturday, the French president said in a statement.

After a 90-minute long meeting between Prime Minister Narendra Modi and French President Emmanuel Macron followed by delegation-level talks between the two sides, 14 agreements have been signed between India and France. This is followed by the joint press statement by the two leaders, reports said.

The deals include a contract for France's Safran to supply SpiceJet with engines, water system modernisation by Suez in the southern city of Davangere and a contract between industrial gas company Air Liquide and Sterlite.

Macron's office did not provide a breakdown of the contracts' values or details about the deals. It said some 200 million euros of investments will be made in India.

It was not immediately clear whether these were firm contracts or letters of intent.

Macron, who is currently on four-day India tour from March 9 to 12, was given a ceremonial reception at Rashtrapati Bhawan on Saturday morning as he met president Ram Nath Kovind.

Accompanied by his wife Brigitte Macron and M.J. Akbar, the Minister of State for External Affairs, Macron visited Rajghat and paid his tribute at the memorial of Mahatma Gandhi on Saturday.