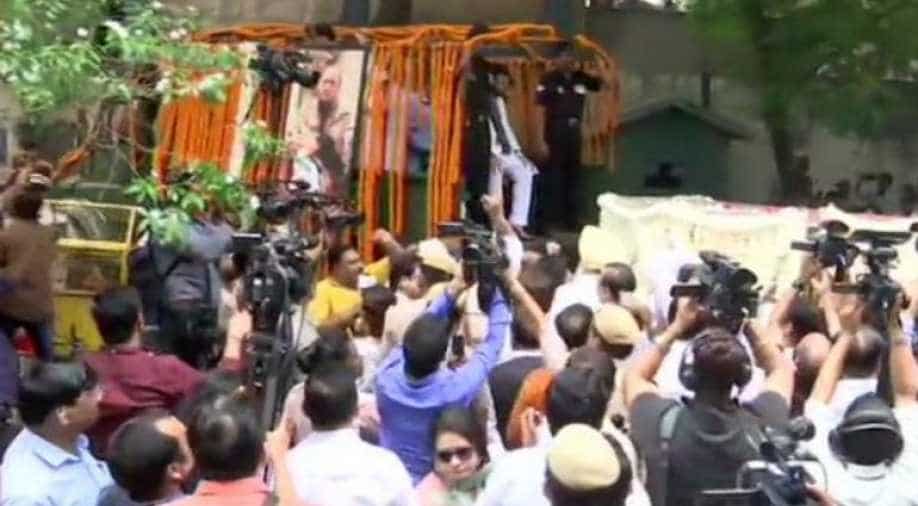 The All India Institute of Medical Sciences (AIIMS) released an official statement on Saturday to confirm the sad demise of the former union minister.

Jaitley's mortal remains were taken to his Kailash Colony residence in Delhi from AIIMS, Delhi.

Condoling the demise of Jaitley, Prime Minister Narendra Modi described him as a "political giant, towering intellectual and legal luminary".

He was not keeping well for some time. After Modi government retained power in 2019 Lok Sabha elections, Jaitley wrote to Prime Minister Modi, saying he would not take up any responsibility in the government due to his deteriorating health condition.