For Bru refugees in Tripura, hope after years of struggle for settlement 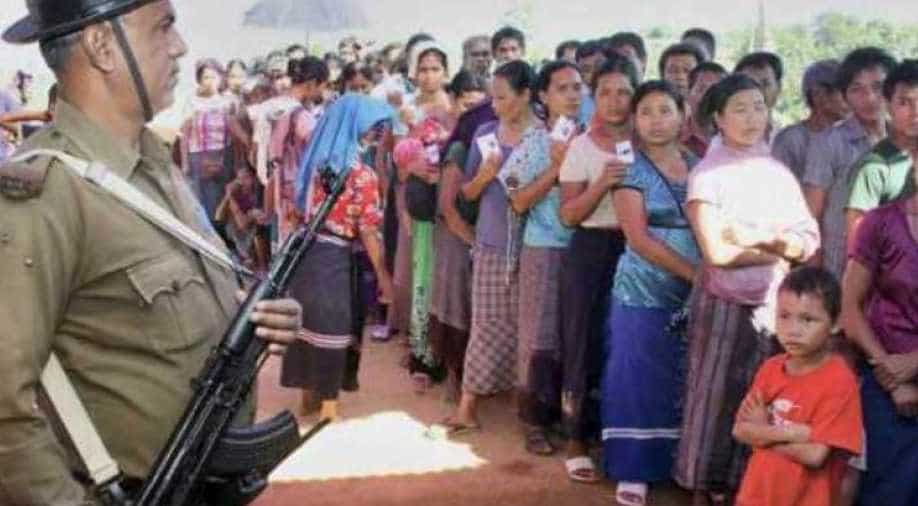 More than 30,000 Bru refugees, whose repatriation was uncertain for several years, will finally be able to settle in Tripura.

Successful rehabilitation of Bru refugees in Tripura has brought smiles and cheer to tribal folk in Tripura.

The major decision came after the tripartite agreement was signed by the centre, Tripura, Mizoram state governments and Bru representatives.

Bru or Reang refugees are a primitive minority tribe and the second most populous tribe after Tripuris in the state of Tripura.

More than 30,000 Bru refugees, whose repatriation was uncertain for several years, will finally be able to settle in Tripura.

The Bru community fled from Mizoram following ethnic clashes in 1997 and has been languishing in seven camps in North Tripura for years.

They are now happy as after years of struggle, blood and sweat, they will permanently settle and will no longer be termed as refugees.

Also read: Bru refugee agreement - How does the deal solve over two-decade-old crisis?

A bru tribal, Bamsarai Reang said, "We came from Mizoram and have been living in Tripura for last 22 years. Now that we will be settled here, we are happy and it is a good decision. Earlier, we faced difficulties in Mizoram and so we escape here in Tripura."

Members of the Bru community said that they have been through a lot of struggle and deprived of basic amenities like shelter, clean water, food, employment, education, health facilities, electricity, and road connectivity for long.

"We are from Mizoram and we faced a lot of problem. We are happy now and we hope that our future generation would be better than before," Marina Reang, a Bru tribal said.

The Bru people and their leaders hoped that their days of struggle shall end very soon. General Secretary, Mizoram Bru Indigenous Democratic Movement, Philip Apito, "We are facing a lot of problems not only with education but also with our livelihood... we have no cooking materials, safe drinking water, educational facilities and all the documents. We have faced a lot of things which we are supposed to get as human beings. We are fighting for education."

"By the grace of God, we are having a proper settlement in Tripura under the initiative of the central and the state governments. We are extremely grateful for their sincere support and cooperation. Our future is better than before," he said.

The Mizoram government has made at least nine attempts to repatriate the Brus since 2009 but they have been refusing to return to the state citing security reasons and insufficient rehabilitation packages offered by the Centre.

Hence, the new agreement has been signed recently, has brought a glimmer of hope among the distressed Bru Tribals.

The Brus would get all the rights that other residents of the state get and would now be able to enjoy the schemes and benefits of the Centre and the state governments.

It is worth noting that a large section of people are getting their documentation done while others are opening bank accounts as the Centre has already declared a 600 crore rupees rehabilitation package for them.