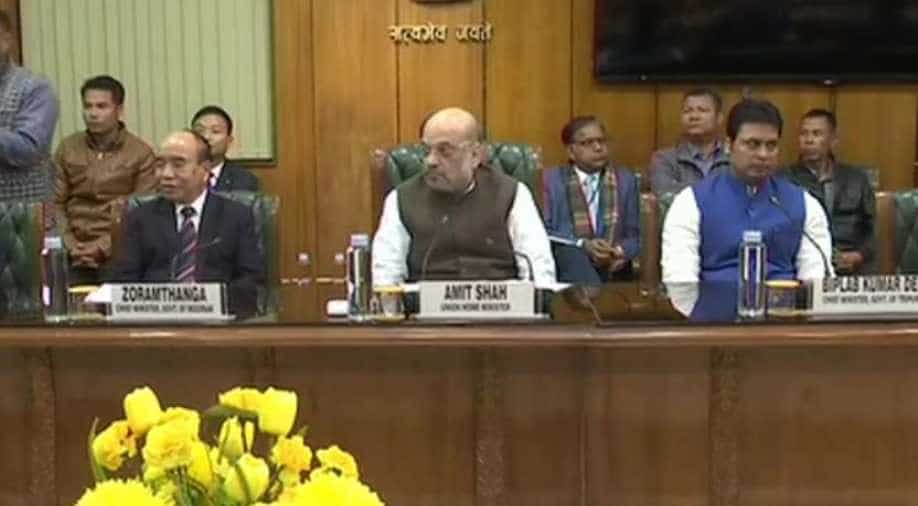 The agreement was signed in the presence of Tripura CM Biplab Kumar Deb and Mizoram Chief Minister Zoramthanga.

Union Home Minister Amit Shah and representatives of Bru refugees signed a historic agreement on Thursday to end the crisis of Bru refugees. The agreement has been signed to facilitate Brus refugees' settlement in Tripura.

Home Minister Amit Shah said that around 30,000 Bru refugees will be settled in Tripura as per the agreement and that the central government has sanctioned Rs 600 crore package for the same.

"Bru refugees will get a 40 by 30 feet plot along with a fixed deposit of Rs 4 lakhs, cash assistance of Rs 5,000 per month for 2 years and free ration," Shah announced.

Union Home Minister Amit Shah: Approximately 30,000 Bru refugees will be settled in Tripura. Rs 600 crore package has been given for this. https://t.co/yKUbYGJesP pic.twitter.com/iPuHQlLWCO

The chief ministers of Tripura and Mizoram welcomed the move.

"This will permanently solve the burning issue that has been going on for 25 years," said Mizoram Chief Minister Zoramthanga.

"I want to thank the Prime Minister and Home Minister on the behalf of people of Tripura," Deb said.