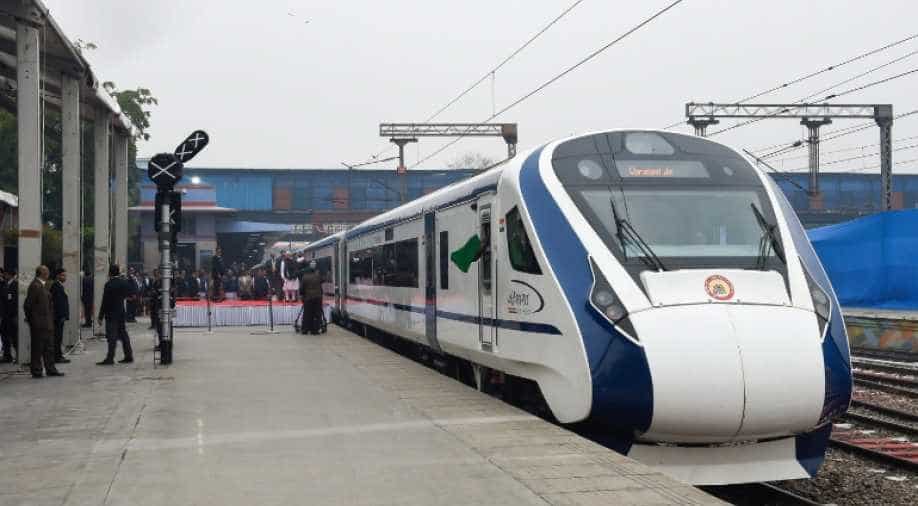 As per the CPRO of Northern Railways, a shower of ballast came flying towards Vande Bharat Express when Dibrugarh Rajdhani crossing on the adjoining line had a cattle run over.

Some side windows and the main driver's screen of the Vande Bharat Express suffered damages on Saturday after being hit by flying ballast.

As per the CPRO of Northern Railways, a shower of ballast came flying towards Vande Bharat Express when Dibrugarh Rajdhani crossing on the adjoining line had a cattle run over.

The stone chunks hit the driver’s windscreen and one each side outer glasses of windows of coach numbers C4, C6, C7, C8, C13 and two glass panes of C12, causing damage.

"The enroute damage was assessed by the travelling technical team on board the Vande Bharat Express on sight and after careful examination, the train was found fit, so it carried on its onward journey to its destination station at its normal speed. The Train has since then reached New Delhi railway station at 11.05 p.m," read an official statement from the Northern Railways.

The Northern Railways CPRO also said officials are attending to the damaged windows with safety sheets to ensure that the train runs as per schedule on Sunday and passengers are not inconvenienced in any way.

The semi-high speed train was flagged off from New Delhi Railway Station by Prime Minister Narendra Modi on February 15, while commercial operations began on February 17.

A day ahead of the commencement of operations, the return journey of Vande Bharat Express following its maiden run was disrupted for over an hour. The Express train had to remain stationed at a place 18 kilometres from Tundla since 6.30 am on February 16 due to a possible cattle run.