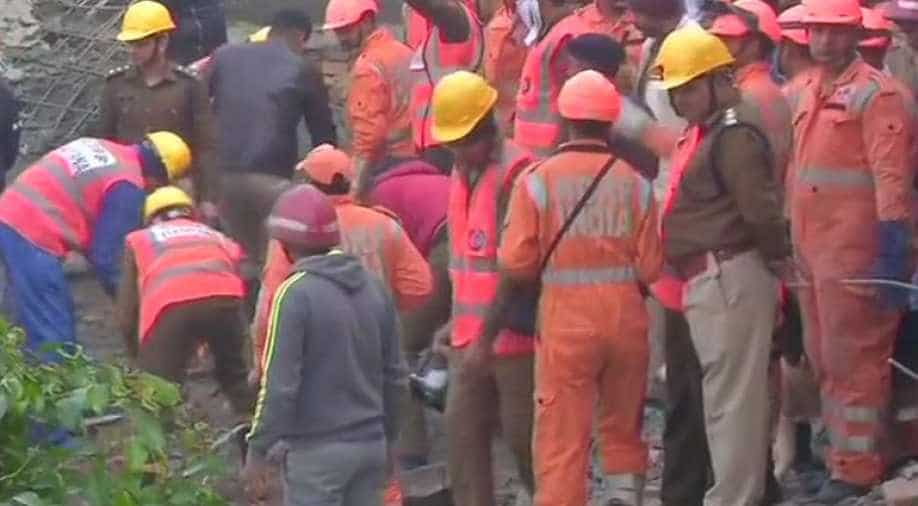 The incident happened at Ullawas area at around 5 am.

Around seven people are feared trapped under debris after a four-storey under construction building collapsed in Gurugram's Ullawas area early Thursday morning.

The incident happened at around 5 am when the work was underway to lay the lantern for the fourth floor of the building, a fire officer said.

"Building was unstable and was being built without any technical expertise. Almost 150 people are carrying out rescue operations. We are being told that 6-7 people are trapped under the debris but exact number is yet to be ascertained, Sanjeev Singla, SDM Gurugram said.

The rescue operation is still underway in the region.

The authorities have deployed three teams of the National Disaster Response Force (NDRF) from Ghaziabad and Dwarka in the operation.

"Rescue teams are still searching for trapped labourers by removing heavy concrete material and iron grills. Efforts are on to save them", Gurgaon Police PRO Subhash Bokan told PTI.

"Rescue teams are facing difficulty as they are removing concrete, iron grills, debris. There could be seven people, all labourers, feared trapped", Isham Singh, a fire officer, told PTI

Police are on the lookout for the owner of the building, a resident of Ullawas village.