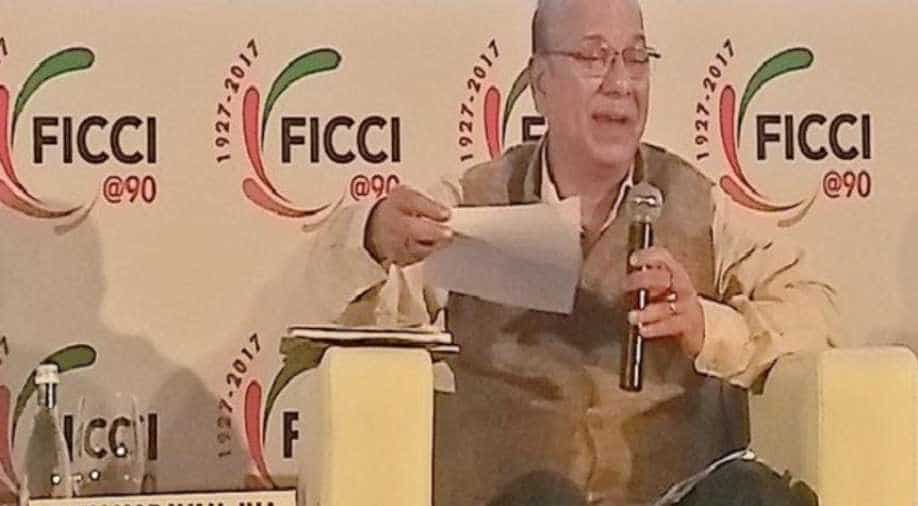 Barely two-months ahead of his retirement, Jha was in December appointed as the Finance secretary in place of Hasmukh Adhia, who superannuated on November 30.

Finance Secretary Ajay Narayan Jha has been given one-month extension in service and appointed as the member of the 15th Finance Commission, according to a Personnel Ministry order.

He is a 1982 batch Indian Administrative Service officer of Manipur cadre.

The Appointments Committee of the Cabinet has approved the extension in service of Jha, Finance Secretary and Secretary, Department of Expenditure, for a period of one month beyond his superannuation, i.e. January 31 this year, the order said.

Barely two-months ahead of his retirement, Jha was in December appointed as the Finance secretary in place of Hasmukh Adhia, who superannuated on November 30.

Senior Gujarat-cadre IAS officer G C Murmu had been appointed Secretary, Department of Expenditure. Murmu, who has already joined the department as the Officer on Special Duty, will take over the new charge from Jha in March now.

Jha has also been named as the member, 15th Finance Commission vice Shaktikanta Das, with effect from March 1 this year, the Personnel Ministry order said.

Das has taken over as the Reserve Bank of India governor.

The 15th Finance Commission, headed by former Planning Commission member N K Singh, is mandated to recommend distribution of net proceeds of taxes between the Union and the states among others.

In another order, the Personnel Ministry said Ansuly Arya has been appointed Administrator, Universal Service Obligation Fund (USOF) under the Department of Telecommunications.

Arya, a 1989 batch IAS officer of Bihar cadre, has been appointed to the post in place of Sanjay Kumar Singh.

"Orders regarding further posting of Singh (a 1989 batch IAS officer of Madhya Pradesh cadre) are being issued separately," it said.