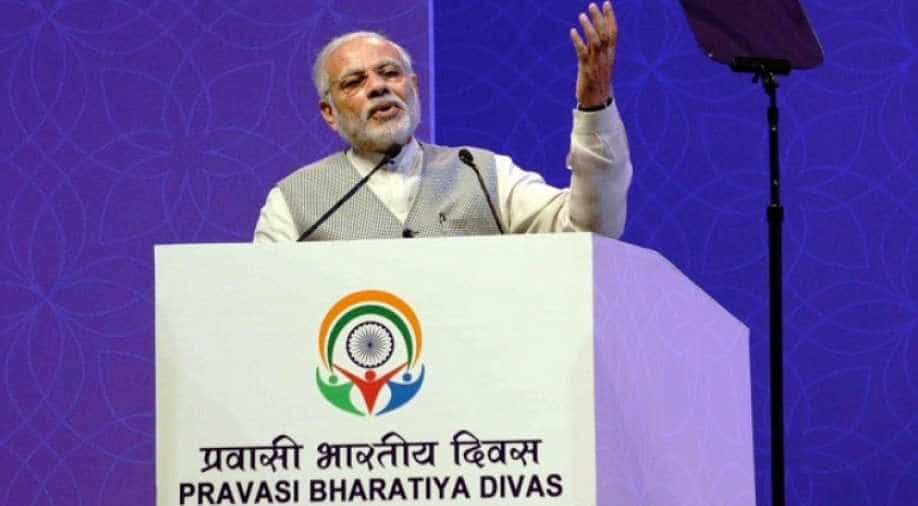 The attendees will be taken to Prayagraj for the Kumbh Mela on January 24, on the 25th they will be brought to Delhi for sightseeing, and on the 26th they will watch the Republic Day parade in the capital.

The fifteenth Pravasi Bhartiya Diwas will begin on Monday. The three-day event from January 21 to 23 will take place in Varanasi with Prime minister Narendra Modi formally inaugurating the event on Tuesday and President Ram Nath Kovind speaking at the closing ceremony on Wednesday. Mauritian Prime Minister Pravind Jugnauth, who is on a week-long visit to India, will be the chief guest.

"On the 22nd evening, there will be a program on Ganga by Hema Malini," External Affairs Minister Sushma Swaraj said ahead of the event.

The attendees will be taken to Prayagraj for the Kumbh Mela on January 24, on the 25th they will be brought to Delhi for sightseeing, and on the 26th they will watch the Republic Day parade in the capital.

The Uttar Pradesh government has made provisions for the stay of the attendees — they will be put up at people's homes in Varanasi and at a tent city in Prayagraj.

"Under Varanasi Aatithya and to give the diaspora members the feel of Indian hospitality, families in Varanasi have opened their doors. PM wanted this and to facilitate this, people have registered and we have selected families where NRIs can stay," Uttar Pradesh Chief Minister Yogi Adityanath said.

The decision to hold a Pravasi Bhartiya Diwas was first taken by former PM Atal Bihari Vajpayee and the first PBD took place under his prime ministership from January 9 to 11,  2003. To honour Vajpayee, the auditorium in which PBD 2019 will take place has been named after him. An exhibition is also being organised to remember him.

Asked how the PBD will increase diplomatic outreach, Minister of State for External Affairs General VK Singh — he was speaking at a curtain-raiser press conference, said, "The amount of money that our diaspora members send to India, which is not visible to everybody, the amount of remittances that we get back to India, that is not visible to everybody but their effect is not obviously visible to everybody. Whatever we spend on we do it after much deliberations and what I believe that the message that we put across through this and the way we have structured the Pravasi Bharatiya Diwas, it definitely improves our outreach."

The chief ministers of Haryana and Uttarakhand will be participating in the PBD.

The PBD begins every year on January 9 to mark Mahatma Gandhi's arrival back in India from South Africa in 1915. It was moved back to the January 21 this year to align it with the Kumbh Mela and Republic Day so that the diaspora could experience India's culture at Prayagraj and its grandeur at Rajpath.