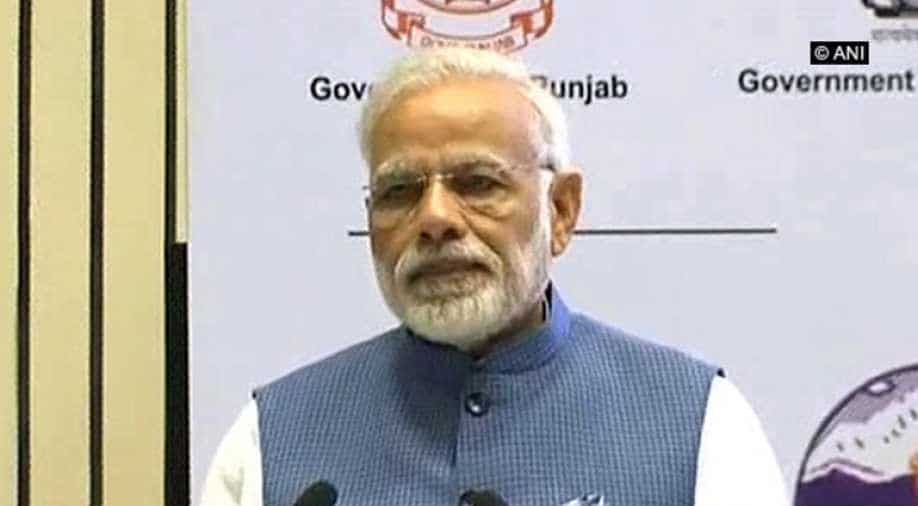 The prime minister gave credit to the farmers as being central to the country's efforts in food processing.

"Our farmers, whom we respectfully call as 'annadatas' are central to our efforts in food processing," PM Modi said on the first day of the three-day event organised by the Ministry of Food Processing Industries.

"Over a million passengers consume food on trains in India in a single day, they are potential customers for food processing industry," PM Modi said.

The prime minister said simple, home-based techniques had resulted in the creation of Indian dishes famous across the world.

"Simple, home-based techniques, like fermentation, have resulted in creation of our famous pickles, papads, chutneys & murabbas...that excite both the elite and the masses across the world," PM Modi said.

PM Modi also pitched India as one of the fastest growing economies in the world and said the Goods and Services Tax (GST) had "eliminated a multiplicity of taxes."

Global investors and business leaders of major food companies have congregated at the event which is being held from November 3 to 5 at New Delhi's Vigyan Bhavan.

Minister of Food Processing Industries, Harsimrat Badal, called this event "historic" and said over 11 billion dollars worth of Memoranda of Understanding (MoUs) would be signed in the next three days.

"Today is a historic day. 7,000 stakeholders from almost 60 countries have come under one roof," Ms Badal said.

"Over 11 billion dollars worth of Memoranda of Understanding (MoUs) are to be signed over the next three days."

Minister of Food Processing Industries added that India was geared up for a revolution in the food processing sector and it was clear that the global companies were eagerly looking towards India for collaboration.

Harsimrat Badal also highlighted that India was one of the fastest growing economies in the world and that its demand for food would double over the next five years.

"As one of the fastest growing economies in the world, and having a 1.3 billion population base, a 600 billion dollar retail sector is said to treble to 1.3 trillion by 2020 and 70 per cent of this sector in food retail. India is the third largest economy in terms of purchasing power and our demand for food is said to double over the next five years," Badal said.

She also said that as the world moves towards 2050, the global population is set to increase by 25 per cent and demand for food by 50 per cent, adding that "we need to wage a war against food waste to ensure adequate food for all."

This is the first time that India is hosting an event for the food processing sector.

India will host over 2,000 participants and over 200 companies from 30 countries.

Representatives from 28 states, 18 ministerial and business delegations, nearly 50 global CEOs along with CEOs of all leading domestic food processing companies will also participate at the event.

Germany, Japan and Denmark are partner countries to World Food India, while Italy and the Netherlands are the focus countries.