Exclusive: Any vaccine is better than no vaccine, says Estonia Envoy 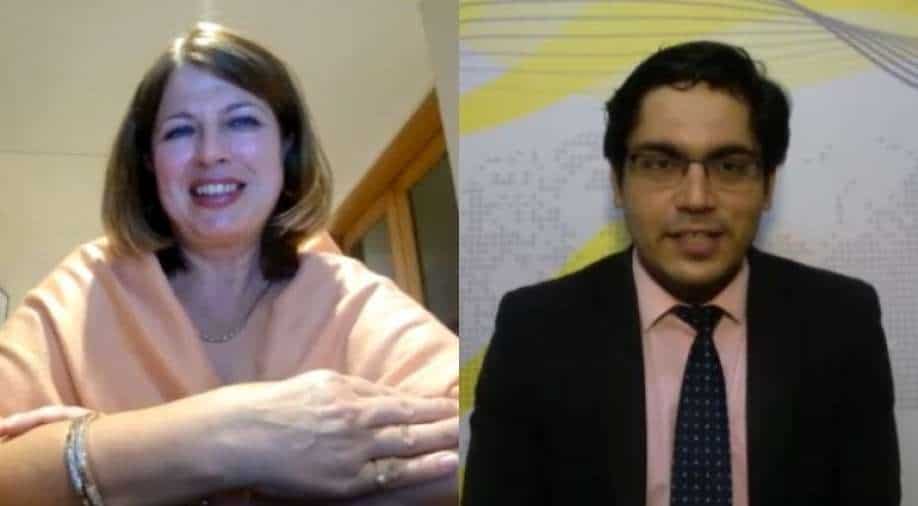 Estonia's envoy Katrin Kivi has said, "any vaccine is better than no vaccine" after the European Union launched a digital COVID certificate system designed to help citizens travel more freely across the 27-nation bloc and open up summer tourism.

The EU digital COVID certificate, which can be on a smartphone or printed out, takes the form of a QR-code, which indicates if a traveller has been fully vaccinated against COVID-19, has received a recent negative test result, or has immunity due to recent recovery from a COVID-19 infection.

The certificate is designed to be free of charge, issued and valid in all EU countries, and set out in the national language and in English. It also extends to non-EU countries of the border-free Schengen zone - Iceland, Liechtenstein, Norway, and Switzerland.

While the bloc uses the European Medicines Agency's (EMA) list that has listed four, each member country is free to put any vaccine on the national list.

Speaking to our diplomatic correspondent Sidhant Sibal, envoy Katrin Kivi said, "India has been giving so many vaccines to Indians and under COVAX scheme. It would be absolutely natural that Covishield will get recognition by WHO and EMA".

Estonia is the first country in Europe that has approved India-made Covishield and Covaxin on its national travel list. That means, any Indian vaccinated with these two vaccines will be allowed in the country subjected to other conditions in the Schengen rules.

WION: India-made vaccine Covishield and Covaxin have been approved by your country for Covid vaccine certificates. If you can give us the details?

Katrin Kivi: Thank you for inviting me, namaste. Indeed, the Estonia government had decided already on June 21 to acknowledge the vaccine certificates of countries like India. If travellers from these countries are able to present on the border covid vaccination certificate which has been approved officially by their governments and vaccines which are administered in this country. India is vaccinating Indians with Covishield and Covaxin, the citizens can get certificates concerning both vaccines.

The vaccine certificate only helps people to escape the mandatory quarantine at the border, it is not like a new sort of visa and it will not open automatically issuing or resuming third country person Schengen visas as of tourist. It is related with those Indian citizens already have a valid visa, who may be even are Estonian temporary or permanent resident. They can travel easily if they can present at the border the certificate. Other issue is EU green pass, it was meant to ease travel inside and in between EU member states.

Like in India you have different rules and restrictions between various states and territories, EU member states also had issued restrictions and travel was not so easy. Now with member states have decided to take these vaccines that are acknowledged by European medicine agencies into EU green pass, but it is not way a precondition or required by Indian citizens on the border. This is just for all EU members vaccinated with 4 vaccines. Until now we have only Pfizer, Moderna, AstraZeneca, and J&J on the green pass.

In order for India to get Covishield on the green pass approved vaccines, the Indian government should request a European medicines agency to add Covishield into this list, to do that particular file should be handed over. I really encourage India to do it, because India has been giving so many vaccines to Indians and to Covax. It would be absolutely natural that Covishield will get recognition by WHO and EMA.

WION: What was the thought process in allowing all nationally recognised vaccines?

Katrin Kivi: This is mainly aimed to protect the help of Estonians, and other citizens who are travelling to Estonia because it is very sure any vaccine is better than not being vaccinated. Estonian govt has just decided to acknowledge it and even we have a lot of border movement with Russia and they have sputnik which is administered. If Russians are travelling to Estonia, and they have a valid reason, relatives living in Estonia, they can present this certificate and escape the quarantine. Otherwise, they must be quarantined or isolated or not having any contact. If they are fully vaccinated and having negative PCR tests, why should they be isolated, that was the reason.

WION: what do you have to say about the EU Green pass. The pass could have used WHO list, instead of EMA list?

Katrin Kivi: This decision has been made together conjointly with all EU member states especially Schengen states. According to our commonly agreed rules, the European medicines agency or EMA has a say here, which vaccines are included in the green pass. This agency is not a political agency, it is a purely medical scientific agency and it works for the benefit of all people who are travelling inside the European Union. If Indian residents in Estonia, would be vaccinated , they could also get this green pass. In Estonia, we are vaccinating only with 4 vaccines. The main goal was to ease travel against the member states, so it not against the third country and not required or a pre-requisite or a must on the border.

WION: Are Indians allowed in Estonia?

Katrin Kivi: It is of course still a tricky question and fully related to the situation of pandemic. It means Indians who already have a valid Schengen visa or who are Estonian resident, who need to go to Estonia for work or meet relatives or health issue of close people, they are allowed to enter Estonia. As for new visas, Estonia embassy consular section has not yet resumed, issuing C visas, visas for touristic or non-essential travel. This may need some time, it may happen but we look at covid numbers and stick to the exiting Schengen rules, under which tourism is not open.

WION: What kind of cooperation between India, and Estonia? Both countries are non-permanent members of the UNSC, in fact, Estonia was the president just last month.

Katrin Kivi: You mention the good cooperation in the United Nations Security council, indeed, our second chairmanship just finished and one of the two most important debates in June, one on Afghanistan in which EAM Jaishankar took the floor, and the second was just two days ago on cybersecurity. These topics, Estonia and India understand are crucial in keeping the world safe and be virtual or physical space --we need rules and good state behaviour inside cyberspace.

Estonian and Indian relations in the current year will be marked by few other happy moments, namely, India is preparing to open its embassy in our capital, we welcome the Indian minister of external affairs. This year we also celebrate the 30 years of establishing diplomatic relations and last but not least we are waiting to unveil the statue of Mahatma Gandhi and our two nations have a link and understanding that struggle, the battle for the restoration of Independence should be non-violent and fully peacefully.