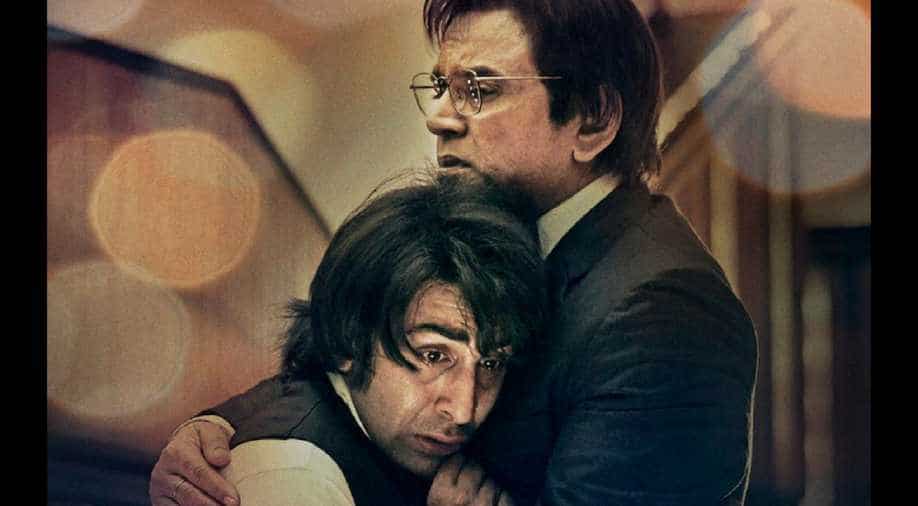 Easily one of the most-anticipated films of Bollywood, Ranbir Kapoor bowled over his father Rishi Kapoor, a veteran himself after he saw the trailer of his upcoming film “Sanju” -- a biopic on the life of star Sanjay Dutt.

Rishi was beyond pleased with son Ranbir after watching the film. Teary-eyed he said, "The way Rajkumar Hirani has presented Ranbir is the biggest superb thing, the boy has really done well. I am so proud of him. I swear on Neetu and Ranbir, I did not think it was Ranbir, I thought it was Sanjay Dutt."

Also read: Was offered Sunil Dutt's role in 'Sanju' but I was keen on playing Sanjay Dutt: Aamir Khan

He added, "You don't know how emotionally triggered I am right now at the point where Vinod (Chopra) and Raju (Rajkumar Hirani) have shown me this trailer. The first appearance of Ranbir from the jail, I thought it was Sanjay Dutt."

The biopic “Sanju” depicts the various stages of Sanjay Dutt's life. So far, only the teaser of the film has been released with the trailer scheduled for May 30.

The film is written and directed by Rajkumar Hirani, also stars Paresh Rawal, Manisha Koirala, Vicky Kaushal, Sonam Kapoor and Dia Mirza amongst others. It will hit theatres on June 29.