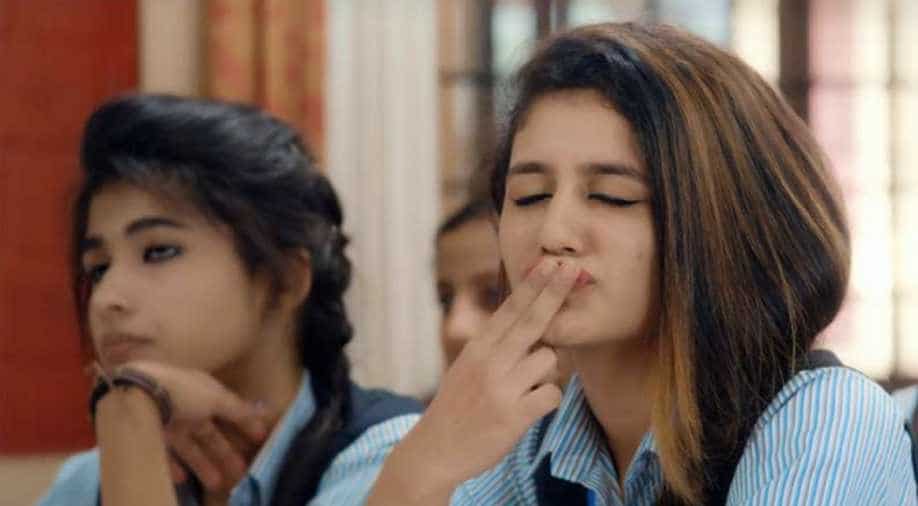 The Internet sensation Priya Prakash Varrier is back with a new teaser flirting with her male classmate in a still from upcoming Malayalam film Oru Adaar Love (A Superb Love).

In the new teaser of the film, the two can be seen exchanging flirtatious glances while attending a lecture in their classroom. As the teacher is busy writing on the blackboard, the supposed on-screen couple Priya Prakash Varrier and Roshan Abdul Rahoof carry on with their romance -- Priya loads a gun (made using her two fingers) with a kiss and aims for Rahoof, to which Rahoof acts as attacked and sighs with such innocence.

Speaking to WION, the 18-year-old actress said: "Didn't expect it to go viral and reach the international audience. The fame is too much for me to handle. All this is surreal, I am still trying to cope with it, trying to consume it." Read the full interview here.

The Malayali actress got famous for her vivid facial expressions -- wink, smile -- while flirting with her classmate. She became an overnight success owing to the clip that went viral from her movie.

This success has even translated to her social media presence -- becoming the third highest gainer of social media followers on Instagram. In a single day, she acquired more than 606 thousand followers. Speaking about this, Priya said that she now has a verified Instagram profile and that people won't anymore be confused with the multiple accounts that have had sprang up ever since her clip went viral.

Also Read: Meet Roshan Abdul Rahoof, the boy who we all relate to in the Priya Varrier video