Priya Prakash Varrier on being the Internet's latest crush: The fame is too much for me to handle 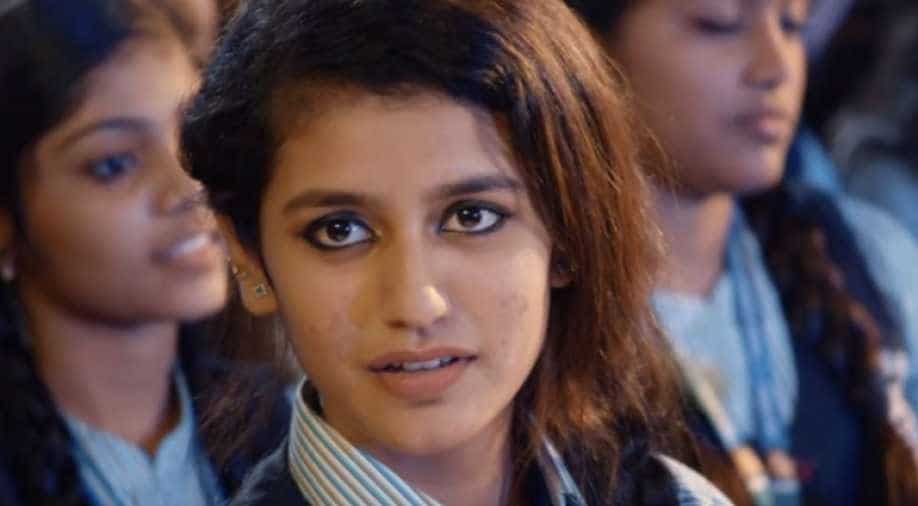 Priya Prakash Varrier turned into an overnight internet sensation after a clip from the song 'Manikya Malaraya Poovi' went viral. Photograph:( Others )

She may be the current sweetheart of the country, but Internet star Priya Prakash Varrier states that the fame that has come her way is surreal and too much to handle.

"Didn't expect it to go viral and reach the international audience. The fame is too much for me to handle. All this is surreal, I am still trying to cope with it, trying to consume it," said Varrier in an interview to WION.

The actress who became an overnight sensation as a clip from her upcoming film Oru Adaar Love went viral states that her parents are finding it difficult to cope with their daughter's newfound fame.

Varrier created a record of sorts on Instagram as her profile has become the third highest gainer in terms of followers in a single day -- with 606 thousand followers just on Monday. The 18-year-old actress stated that she now had a verified Instagram profile and that people won't anymore be confused with the multiple accounts that have had sprang up ever since her clip went viral.

She sees in black and white, Thinks in greys, But loves in colour????

Also see: Meet Roshan Abdul Rahoof, the boy who we all relate to in the Priya Varrier video

Like any other 18-year old, Priya says her friends and family are the happiest about her new found fame. When she was asked how it felt to be the national crush, Priya said, "I am very happy and want to thank everyone for their support. I hope the support continues when the movie releases."