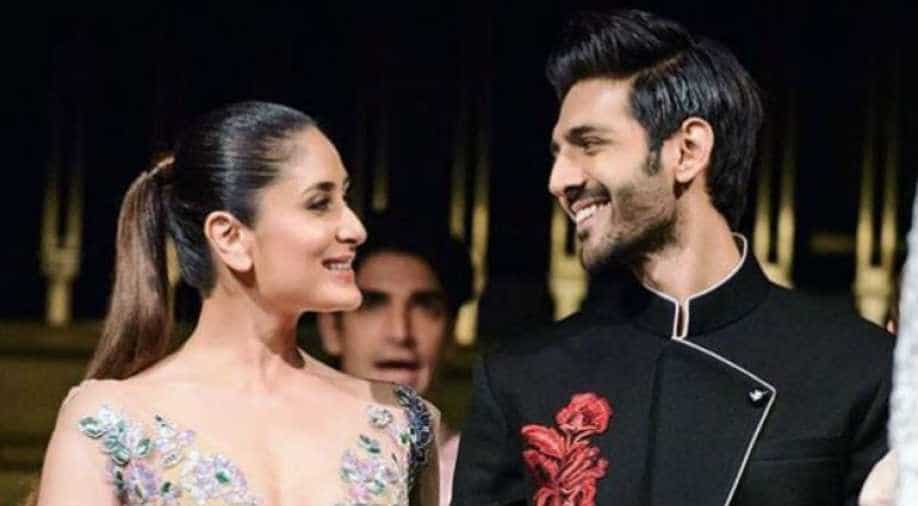 The country's new hearthrob Kartik Aaryan recently walked the ramp with actress Kareena Kapoor for Manish Malhotra in Singapore. The actor, who is enjoying stardom post the sucess of Sonu Ke Titu Ki Sweety, posted a video on his Instagram page where he can be seen lip singing Ban Jaa Tu Meri Rani for Kareena Kapoor. The video has the two actors grooving together to the popular song.

While Kareena seem to enjoy the song, some people have taken offence on Kartik's behalf. "Someone tag Saif Ali Khan in here," read a comment while another added, "Kisi aur ki rani hai wo."

The video has already cross 8 lac views in 17 hours and still counting. While some have outraged, there are others who have commented on the actors' chemistry. Someone even demanded that the two should work together in some film.

Kareena is eight years older to Kartik Aaryan. The actress was the showstopper for Manish Malhotra's show that had her and Kartik walking the ramp together. Kartik, clearly a fan of Bebo's, shared other photos of the event.

While Kareena wore an embelished lehenga-choli, Kartik look dapper in a bandhgala suit. The show also had Amrita Arora walking for Manish Malhotra along with Sophie Choudry.