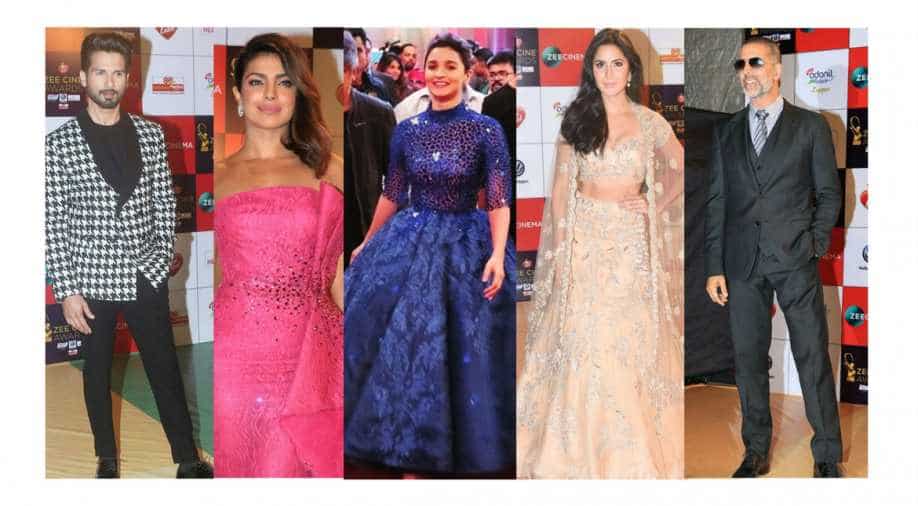 It was a star-studded event with almost the entire Bollywood industry coming out to entertain the audiences. Photograph:( Twitter )

Zee Cine Awards 2018 was probably the last Indian awards show that concluded in 2017 with Bollywood celebrities coming out to look their best and entertain the audience.

The awards night saw some splendid performances from Priyanka Chopra, Shahid Kapoor, Katrina Kaif, Ranveer Singh among others and the funny one-liners of comedian Sunil Grover, who hosted the awards show along with Rohit Shetty and Bhumi Pednekar, left the audiences in splits.

Sridevi with husband Boney Kapoor on the Red Carpet. (Twitter)

Varun took to Twitter to express his happiness on winning the award: