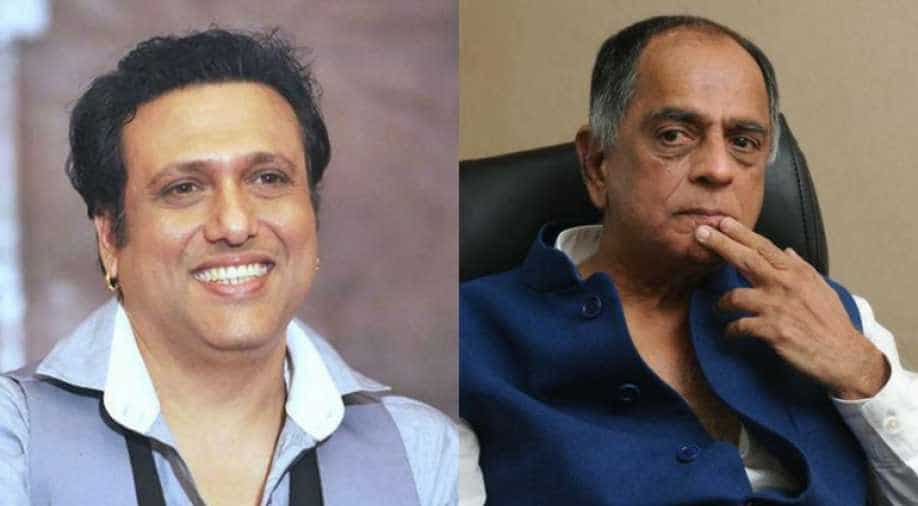 Producer-filmmaker Pahlaj Nihalani is news again. The former Censor Board chief is back to making films. On Tuesday, Nihalini announced his next 'entertainer' featuring Govinda in the lead.
The filmmaker is reportedly based on Vijay Mallya and Govinda will be seen playing the lead role. Titled as 'Rangeela Raja', the film has Govinda playing a smooth scamster.

I have made a movie inspired by the life of Vijay Mallya, and Govinda is in the main lead, audiences will be surprised to see his new avataar. The movie will be completely entertaining: Pahlaj Nihalani, producer & director pic.twitter.com/prYo6ZqQUK

Last week, Nihalani shot a song-and-dance sequence with Govinda choreographed by Chinni Prakash where the Mallya card was played up.

"Not the Mallya card, the Mallya calendar. The entire look, feel, appearance and rhythm of the song sequence is based on the Kingfisher calendars. As for Govinda playing who you say he is playing, let`s just keep the suspense going. I am neither denying nor admitting it," Nihalani said to a news agency.

'Rangeela Raja', which opens in August, reunites Govinda and Nihalani after 35 years.

"It felt just like old times when we shot together for his debut film `Ilzaam`. Govinda is fitter now than he has ever been. And Chinni Prakash who has done many of Govinda`s dances in my films gave Govinda steps this time that only Govinda can do. No concession for age. And Govinda wasn`t looking for easier steps," said Nihalani.