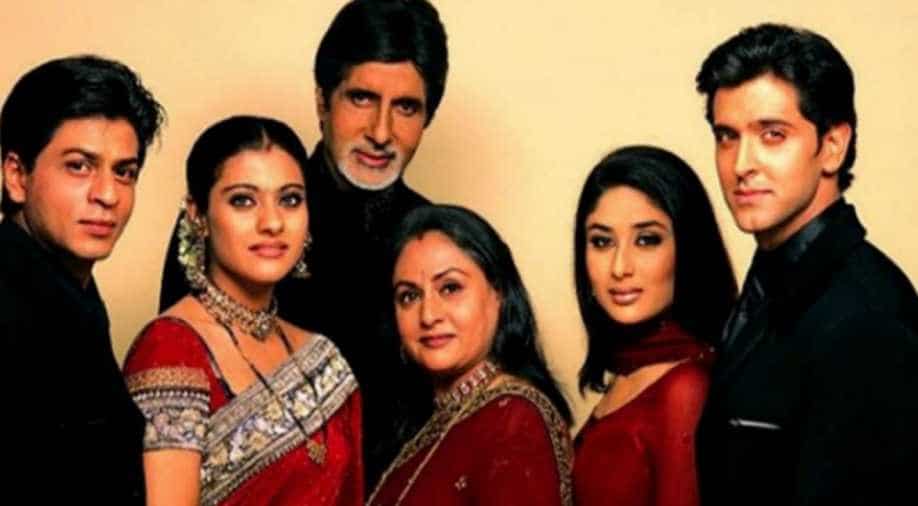 If you thought family sagas were a thing of the past on Indian television then think again as reportedly producer-director Ekta Kapoor is soon to work on a remake of hit Bollywood film “Kabhi Khushi Kabhi Gham” into a TV show.

The original film that had stalwarts like Amitabh Bachchan, Jaya Bachchan, Shah Rukh Khan, Kajol, Hrithik Roshan and Kareena Kapoor will now be portrayed by new actors for the supposed TV remake. Although the television show will not be an official adaptation of the film, it will still have the same feel and theme.

According to a report published in a Mumbai-based newspaper, a source revealed, Bijoy Anand, who played Kajol’s wayward fiancé in the 1998 romcom “Pyaar Toh Hona Hi Tha”, has been cast to play Amitabh Bachchan’s patriarch, Yashvardhan Raichand, while “Kuch Rang Pyar Ke Aise Bhi” actress Erica Fernandes is in talks to play either Kajol’s talkative Anjali or her younger sister, Pooja (popularised by Kareena as ‘Poo’). The part will be finalised after a look test.”

She also shared an image with Karan Johar who made the original film and wrote: “Date night n #therapeutic chats !!! Love like no other!!! U give me clarity ! Make me ask difficult questions help me get those answers !!!!#karmicrelationships.”

Date night n #therapeutic chats !!! Love like no other!!! U give me clarity ! Make me ask difficult questions help me get those answers !!!!#karmicrelationships

Ekta Kapoor has been quite upbeat about her digital platform, Alt Balaji ever since its launch. Reports suggest that she even plans to make a fantasy drama series for the platform on the lines of HBO’s hit series “Game of Thrones”.