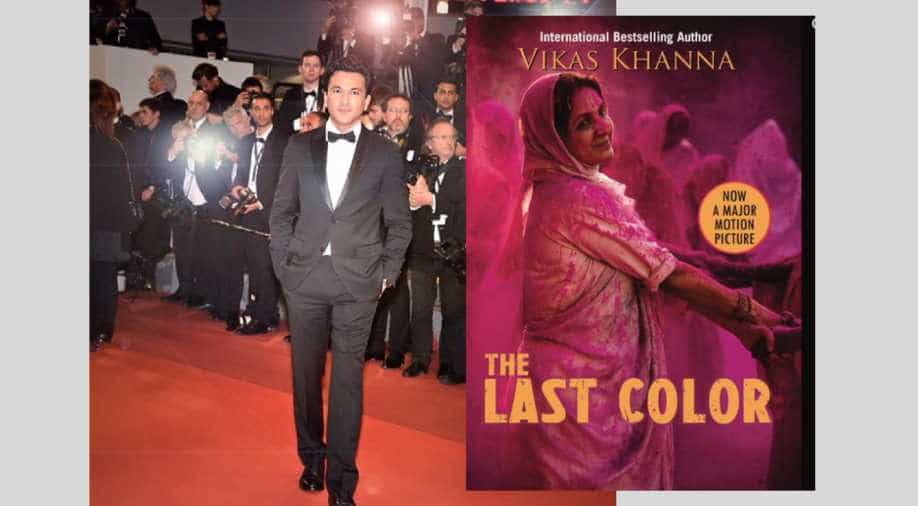 Vikas Khanna and the poster for his film 'The Last Color' Photograph:( Instagram )

In an email interview to IANS, Vikas wrote: "The film is about girl education and girl empowerment. I had written the (similarly titled) short story in 2011 when I was shooting in Vrindavan where I was researching around "UTSAV" (his culinary epic of Indian festivals).”

He explained his choice of theme and wrote: "More than the Holi celebrations, I was drawn to stories of some widows who were not playing Holi. I imagined, in my short story, the glorious day when their hope and faith will be filled with colours. In 2012, I saw on the American Yahoo homepage the stunning images filled with emotions when they played Holi. There were a million sentiments in those images, especially the one in which an elderly woman was lying on a ground smeared with colours. She was laughing and crying at the same time. That's when I turned my short story into a novel. But the visits to the ashrams of Vrindavan and Varanasi gave me more stories for this celebration.”

His film, "The Last Color" is currently in post-production and will first make an appearance at the film festivals before it gets released.

Years of research, devotion and hard work has brought #TheLastColor to life.
Thanks to everyone for this celebration of color, life, hope, promises and friendship.
Thanks to @Neenagupta001 for being our NOOR., pic.twitter.com/1ibmpUhLTe

This is the first look of the film:

This is the fourth time when Vikas Khanna has gone to Cannes. He made his debut in 2015 with the release of book titled “UTSAV” that took 12 years to compile and was presented to a host of world leaders. The 12th copy of the book was auctioned for Rs 30 lakh that went to feed 200,000 underprivileged children through an NGO he supports.