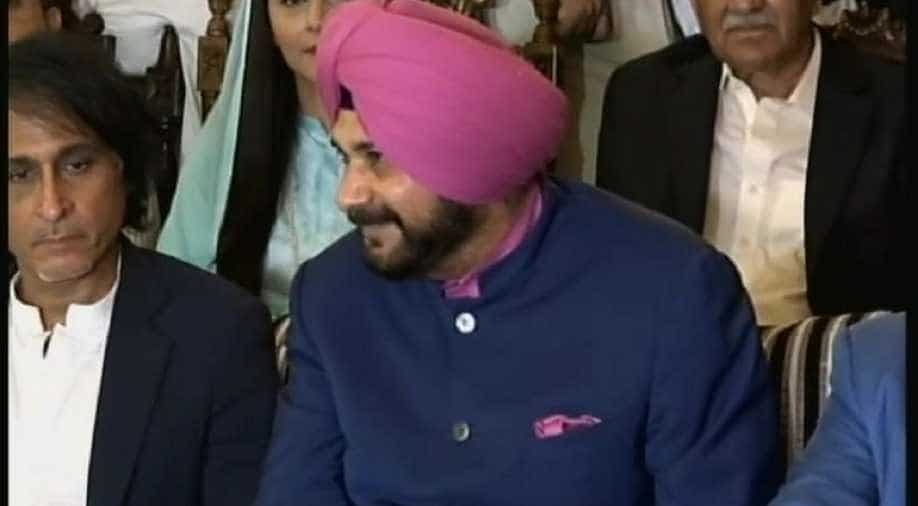 A day after announcing his resignation as Punjab Cabinet minister, Congress leader Navjot Singh Sidhu on Monday said that he has sent his resignation to Punjab chief minister Amarinder Singh.

"Today I have sent my resignation to the Chief Minister Punjab, has been delivered at his official residence...," he tweeted.

Today I have sent my resignation to the Chief Minister Punjab, has been delivered at his official residence...

Sidhu had shared his resignation letter addressed to Rahul Gandhi on Sunday. My letter to the Congress President Shri Rahul Gandhi Ji, submitted on 10 June 2019," he tweeted.

This had triggered a row as to why the resignation was not sent to Amarinder Singh in the past one month.

Meanwhile, the chief minister said he will go through Sidhu's resignation and then decide.

"I have no issues with him, I had in fact given him a very important portfolio after the reshuffle. It was his decision to quit the Cabinet. I have been told that he has sent the letter to my office, will go through it & then see what is to be done," he said.

On June 6, Chief Minister Amarinder Singh had stripped Sidhu of the Local Government and Tourism and Cultural Affairs Departments and allotted him the Power and New and Renewable Energy Portfolio.

"My department is being singled out publicly. I always regard him as my elder I always listen to him. But it hurts and now where is the collective responsibility? He (Amarinder) could have called me and said anything he wanted to say," Sidhu had added.