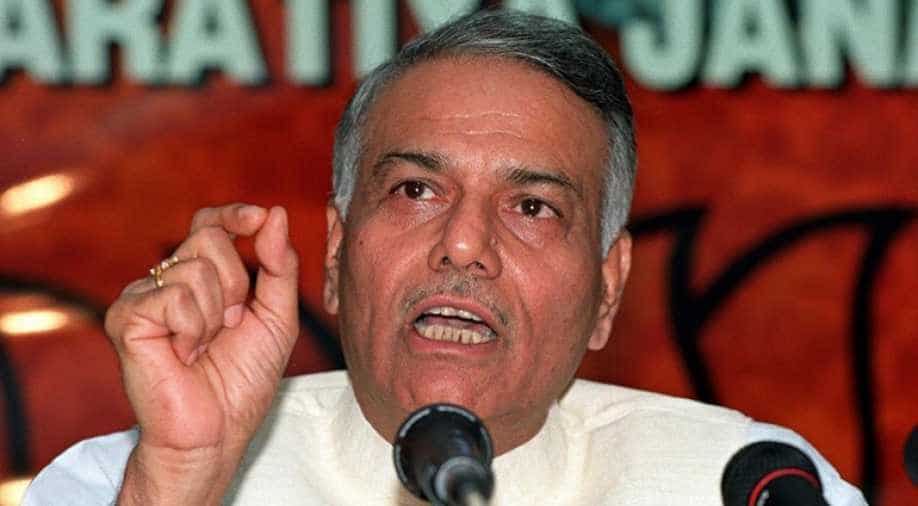 The farmers, whose lands were acquired for the NTPC's coal-fired project at Gadarwara, are demanding jobs in the central PSU. Photograph:(AFP)
Follow Us

He was addressing a farmers' gathering at Vanthali in Gujarat's Junagadh district, around 300 km from here.

"This government has failed on all fronts. Everyone is suffering, be it farmers, youth, women or Dalits. Only new slogans are being given. The only solution is to uproot this government in the next (Lok Sabha) polls," Sinha said.

"I want to apologise because I was also part of the BJP when promises were made ahead of 2014 (general) elections. But I do not want you to forgive him (Modi) in the next polls," he said.

The former finance minister has been a vocal critic of the current Bharatiya Janata Party (BJP)-led government and resigned from the party in April this year.

Sinha was invited by Patidar leader Hardik Patel to address the farmers.

Commenting on the unveiling of a 182-metre statue of Sardar Vallabhbhai Patel in Narmada district earlier on Wednesday, Sinha said Modi should have announced a pro-farmer scheme on the occasion.

"He did not announce any scheme for farmers because he has forgotten them," he said.