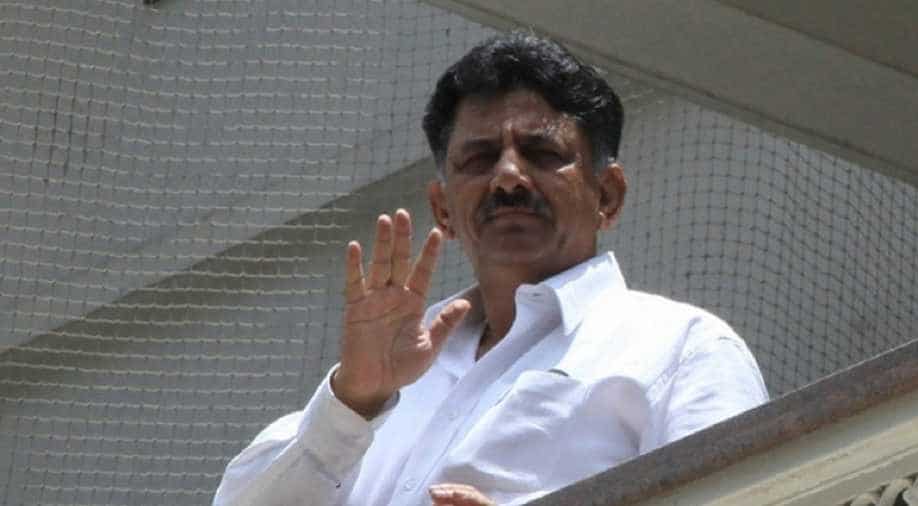 The 57-year-old leader asserted that he has not done anything wrong and will fully cooperate with the investigating agency.

After being grilled for over five hours by the Enforcement Directorate (ED) yesterday, Congress leader DK Shivakumar again appeared before the agency, which is probing his alleged involvement in a money laundering case, on Saturday.

The 57-year-old leader asserted that he has not done anything wrong and will fully cooperate with the investigating agency.

"I have faith in the system and the law. They are cooperating with me and so am I," the leader told the media persons outside the agency's office.
The agency had summoned Shivakumar late night on Thursday and asked him to appear before it the next day.

This had come after the Karnataka High Court dismissed his petition challenging the December 2018 summons issued to him.

"We are lawmakers and law-abiding citizens. I do not know why they summoned me under the Prevention of Money Laundering Act (PMLA) Act," he had said.

He also downplayed the allegations of corruptions levelled against him.

"It is all a conspiracy. I have not made any mistake, murder or indulged in corruption. The money you found is my money and I earned it," he had said.