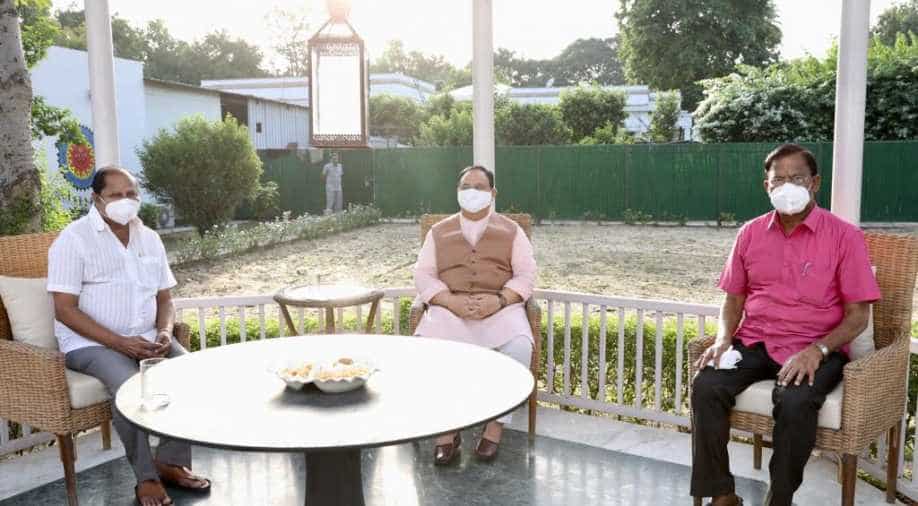 Persons close to the DMK claim that this is not going to affect the party’s prospects in the coming polls.

Selvam, a sitting DMK MLA from the prestigious Thousand Lights constituency in Chennai met BJP leaders in Delhi, on a day when even the BJP Tamil Nadu unit said that he would be joining the party. However, after meeting BJP leaders in Delhi, he told reporters that he was not joining the BJP and had met them only to make certain demands related to his constituency. “I visited Railways Minister Piyush Goyal to request him to install two lifts at the Nungambakkam station in my constituency and also asked BJP President JP Nadda to develop temple town Rameswaram on par with Ayodhya,” he said.

Also read: India-China standoff: How India is giving China a taste of its own medicine

The MLA also demanded that his party leader MK Stalin hold internal party elections and snap ties with the Congress and the Gandhi family. His other demand was about wanting MK Stalin to condemn Karuppar Koottam, a Youtube channel that had made a derogatory video related to a holy hymn on Lord Muruga. On being asked about reaching Delhi and meeting BJP leaders without informing the party high command, he asserted his readiness to face disciplinary action from the party.

Clear links of his possible shift to the BJP, coming just ahead of an election year, isn’t good news for Tamil Nadu’s opposition party DMK, which has been out of power for two terms. While it is common for leaders to jump ship and join other Dravidian parties, it comes as a surprise that the DMK leader has chosen to join the BJP, which has an insignificant political representation in the Tamil Nadu, where the Dravidian majors have ruled for over five decades.

Selvam is the second leader from the DMK to join the BJP in recent times, the first being VP Duraiswamy. In both cases, it appears that the leaders have chosen to switch over given how they were sidelined and not offered desires posts. In the case of Duraiswamy, it is said that not being given a Rajya Sabha seat was what led to his exit. Similarly, Selvam too is said to have been eyeing a district secretary post, which eventually he ended up not getting.

Persons close to the DMK claim that this is not going to affect the party’s prospects in the coming polls. Especially as the leaders who have left are disgruntled leaders and not big names. In the case of Selvam, the excuse is that he wasn’t a DMK man in the strict sense, as he had been in the AIADMK earlier.

However, there is also the widespread talk of old-timers being unhappy about newbies and those close to DMK President MK Stalin’s son being given plum party posts, despite their inexperience. Recently there have been various reports of DMK youth wing leader and MK Stalin’s son Udhayanidhi wielding influence in appointing those in his close circle for plum posts. This is said to have caused heartburn among a few old-timers.

“Basically the BJP is on a campaign to woo leaders from the DMK and they are also in talks with two-three others, including a former Minister. While Udhayanidhi and his actions cannot be seen as a sole influence for the exits, it is one among the reasons. Unlike the 2019 Lok Sabha polls(which DMK and allies swept), next year’s assembly polls won’t be a one horse race for the DMK. There is uncertainty” Senior Journalist and Political analyst Dr Sumanth C Raman told WION.

When asked about the possibility of more leaders from DMK joining the DMK, BJP Spokesperson Narayanan Thirupathy said that the BJP welcomes anybody who accepts their ideology. “In this case, Selvam wanted to come on-board and has joined, but we welcome anyone who wants to join by accepting the policies of the party and the work we are doing for the country,” he told WION.

“The MLA did not speak anything against his party and he has also said he’s not joining the BJP. So he cannot be disqualified on grounds of defecting and lose his MLA post. But if the DMK chooses to expel him, he will remain an MLA and can switch parties” Dr Sumanth added.