Did not take selfie with slain CRPF jawan, union minister says after flak 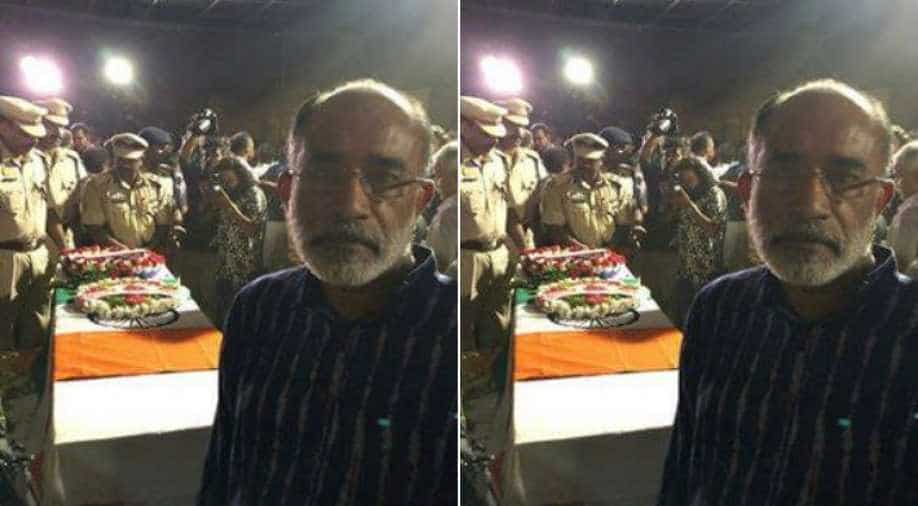 The jawan had died in the Pulwama attack. Minister of State (with independent charge) KJ Alphons has now said the photograph in question was taken by someone else.

Union minister KJ Alphons has said that he did not take a selfie with a slain CRPF jawan's coffin. The jawan, Havildar Vasantha Kumar VV, had died in the Pulwama attack.

His body was brought back to Wayanad, Kerala on Saturday. Hundreds of people had come to pay their last respects to him, with Alphons, who is minister of state (with independent charge) for tourism, being one of them.

That was when the photograph was taken.

With the country in shock after the Pulwama attack, in which over 40 CRPF jawans died, Alphons had faced a massive amount of flak on social media.

We Malayalis would like to apologise for Alphons KJ. Better late than never

Alphons has now said the photograph in question was not a selfie. That "some person had taken my photographs standing near the coffin. My media secretary had put the same on Facebook."

Alphons has also complained to the Kerala director general of police.

"Alleging that the photo was a selfie taken by me, some miscreants had spread false news against me on social media. The act of those miscreants reduced my reputation in the public, which is an offence punishable under the provisions of IPC," Alphons said to the DGP.

Union Minister KJ Alphons to Kerala DGP: I attended the last ceremonial rites of Vasantha Kumar, who sacrificed his life for the nation, on 16th Feb at Wayanad. Some person had taken my photographs standing near the coffin. My media secretary had put the same on Facebook. pic.twitter.com/P7q2EQOK1b

"It's uncharitable, unbecoming and illegal to spread false news when I, representing the nation as a union minister, was paying homage to a jawan who laid down his life for the nation. Kindly take appropriate action against culprits and bring them before law," Alphons added.