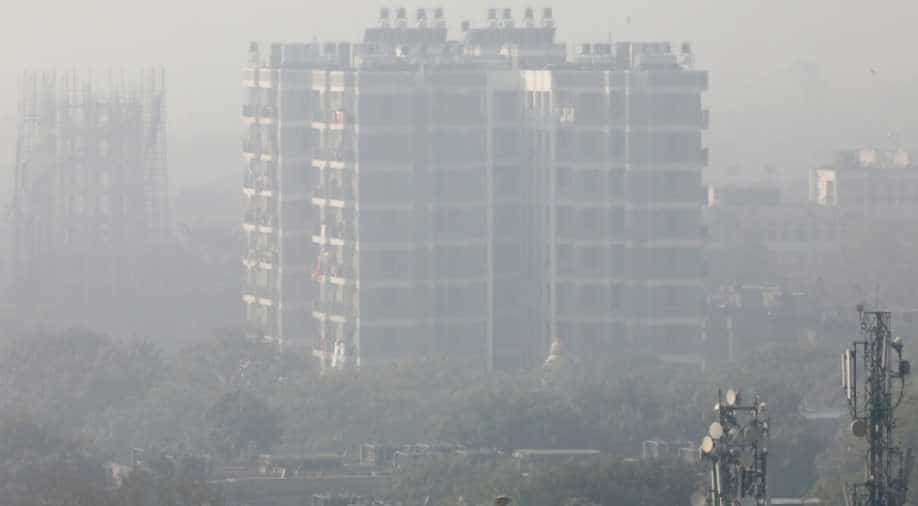 A residential building is shrouded in smog in New Delhi. Photograph:( Reuters )

The organisation has advised 'Sensitive Groups' to reduce prolonged or heavy exertion.

According to the System of Air Quality and Weather Forecasting And Research (SAFAR), the pollution level will plunge tomorrow with the AQI oscillating between 'poor' to 'moderate' category.

The organisation has advised 'Sensitive Groups' to reduce prolonged or heavy exertion.

The locals are advised to take more breaks and do less intense activities.

The asthmatics have been advised to keep medicine ready if symptoms of coughing or shortness of breath occur.

"Heart patients, see the doctor, if get palpitations, shortness of breath, or unusual fatigue," the organisation stated in its advisory.

Starting October 15, strict measures to combat the menace of air pollution will come into force in the national capital and its adjoining areas such as Gurugram, Noida, Ghaziabad and Faridabad as part of the Graded Response Action Plan, which was first implemented in Delhi-NCR in 2017.