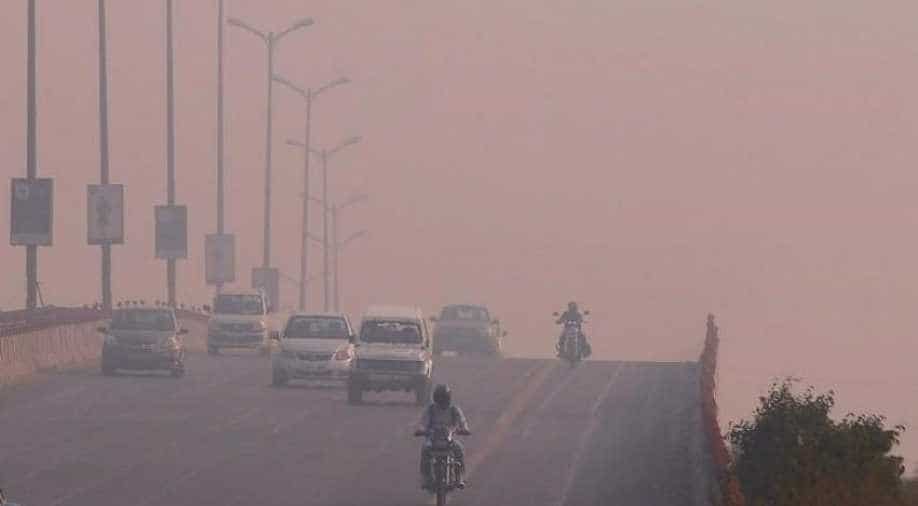 Most of the trains were running late between two to three hours.

Dense fog on Wednesday blanketed the national capital and affected railway operations here, with around 12 trains being affected due to low visibility conditions.

Most of the trains were running late between two to three hours.

With Delhi already being shrouded in a blanket of fog, the city's air quality is also on the poor side, with the index touching the 'severe' category.

According to System of Air Quality and Weather Forecasting And Research (SAFAR), the overall Air Quality Index (AQI) was recorded at 402 till 8 am, which fall in the 'hazardous' or 'severe' category.

Within the national capital, the AQI of most places clocked in the 'severe category'.

The AQI at IGI Airport, Pusa Road and Lodhi Road clocked in the 'very poor category' with the index at 363, 319 and 308, respectively.

The cold wave is expected to grip the national in the next few days with the maximum and minimum temperatures are forecast at 24 degrees Celsius and 6 degrees Celsius on Wednesday, respectively.

As temperatures dipped in Delhi and the National Capital Region (NCR), the homeless people, who are the worst sufferers in the chilly weather season, continued to turn towards crowded night shelters in different parts of the city to escape the icy cold winds.

Meanwhile, the IMD said that an active western disturbance is very likely to cause fairly widespread rain and snow over western Himalayan region and isolated rainfall over Punjab and northern parts of Haryana during the next 24 hours.

"Likely cloud cover and enhanced humidity could lead to further gradual increase in night minimum temperatures over parts of northwest India, thereby reducing the severity of cold wave conditions during next 24 hours. However, dense fog conditions are likely to occur during late night to morning hours over these regions, especially on January 2 and 3," the weather agency said in a bulletin.

The IMD further said that another active western disturbance is likely to cause widespread rain and snow with isolated heavy falls over western Himalayan region and scattered to fairly widespread rainfall with isolated hailstorms over parts of Punjab and Haryana, Chandigarh and Delhi on January 4 and 5.