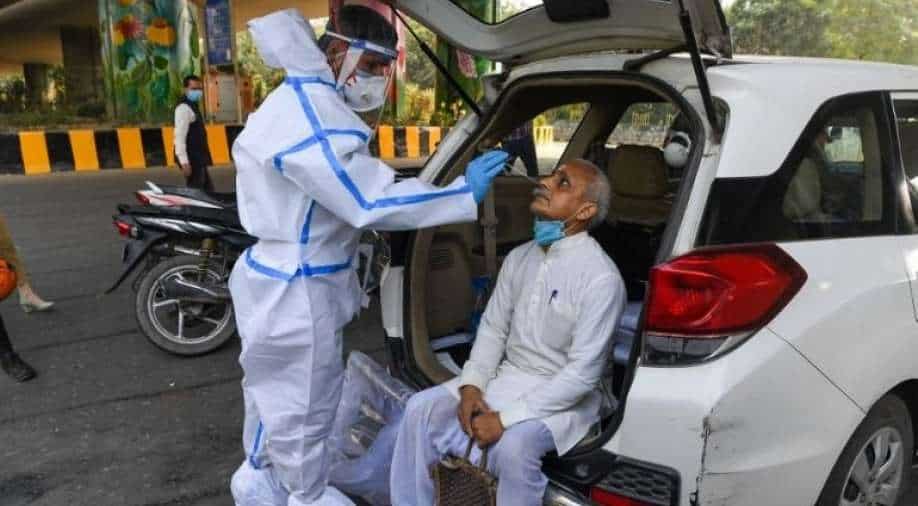 Out of the 56,862 symptomatic patients who tested negative in rapid antigen tests, 32,903 were retested through RT-PCR and of them 3,524 were found COVID-19 positive

Nearly 11 per cent of those in the national capital who tested negative for COVID-19 in rapid antigen tests (RAT) but had symptoms for the disease were found to have been afflicted by the viral infection in RT-PCR test between September 1 and November 7, according to official data.

Out of the 56,862 symptomatic patients who tested negative in rapid antigen tests, 32,903 were retested through RT-PCR and of them 3,524 were found COVID-19 positive, according to the data shared by health authorities in response to an RTI query filed by a PTI reporter.

In order to effectively curb the spread of coronavirus infection, the Union Health Ministry had in September asked all states and Union Territories to mandatorily retest all symptomatic cases found COVID-19 negative in rapid antigen tests through RT-PCR so that no positive case is missed.

For Delhi, the case positivity rate in RT-PCR, which is considered the gold standard for COVID-19 screening, was 20.97 per cent in September, while it was only 4.77 per cent when it comes to rapid antigen test, the RTI reply stated.

Between November 1 and 7, health authorities retested 3,569 of 4,013 symptomatic rapid antigen test negative cases and 601 were found infected with COVID-19, the RTI reply revealed.

Union Home Minister Amit Shah had chaired high-level meeting on November 15 and gave 12 instructions, following a fresh spike in the number of COVID-19 cases in the national capital.

However, there has been decrease in the number of coronavirus cases in the last few days in Delhi and the city's capacity of conducting RT-PCR tests has significantly has increased.

On Saturday, the national capital registered 3,419 new coronavirus cases, taking the infection tally to over 5.8 lakh, while the death toll rose to 9,574 with 77 more fatalities. The new cases came out of a record 81,473 tests, including 35,352 RT-PCR tests and the positivity rate slipped to 4.2 per cent from 4.78 per cent the previous day.