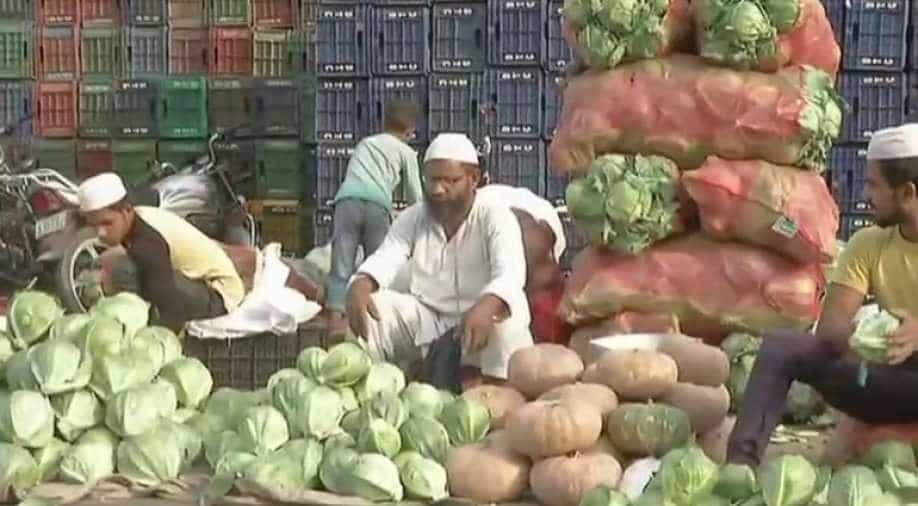 A day after farmers in the country went on strike, the prices of fruits and vegetables have reportedly shot up.

PTI added that the arrival of vegetables at various market committees and the collection of milk in Maharashtra's Nashik district had also been affected.

"All milk dairies in the (Nashik) district are closed and collection centres for milk has been affected. Agitating farmers poured milk on the roads at Visapur in Yeola taluka in the morning today. Arrival of vegetables at APMC is also low," PTI quoted Raju Desale, working president of the All India Kisan Sabha, as saying.

The farmers began their 10-day strike — called Gaon Bandh — on Friday, saying they would not transport their produce to the cities. The farmers have also threatened a Bharat Bandh on the last day of their strike, June 10.

The farmers are demanding a waiver of their loans, implementation of the Swaminathan Commission report, and a minimum income guarantee scheme.

Farmers were seen in Punjab and Maharashtra dumping fruit, vegetables, and milk on the streets.

PTI reported that farmer organisations have called for a boycott of mandis in Punjab, Haryana, Rajasthan, Uttar Pradesh, Madhya Pradesh and Mahrashtra, but that Rashtriya Kisan Mazdoor Mahasangh convenor Shivkumar Sharma claimed in Bhopal that the farmer strike is being observed across 22 states.

Meanwhile, despite photographic evidence to the contrary, a number of politicians on Saturday continued to say there was no farmer strike taking place in the country.

Madhya Pradesh: Farmers in Mandsaur on 10-day 'Kisan Avkash' strike prepared 'Kheer' and distributed it among villagers. The farmers during the ten-day strike are not supplying vegetables, fruits, grains and milk to cities. (01.06.2018) pic.twitter.com/c9aCnb4zKf

Its 2nd June today,where is the strike happening? No farmers are participating in the strike. Farmers are happy with the schemes CM has launched for them.They have faith that state¢ral govt will solve their problems: Balkrishna Patidar, Madhya Pradesh minister for Agriculture pic.twitter.com/EKmKVowGAJ

#WATCH: Haryana CM Manohar Lal Khattar speaks on farmers' strike, says, 'they don't have any issues, they are just focusing on unnecessary things, not selling produce will bring losses to farmers.' (01.06.2018) pic.twitter.com/CFY7dzgj2g