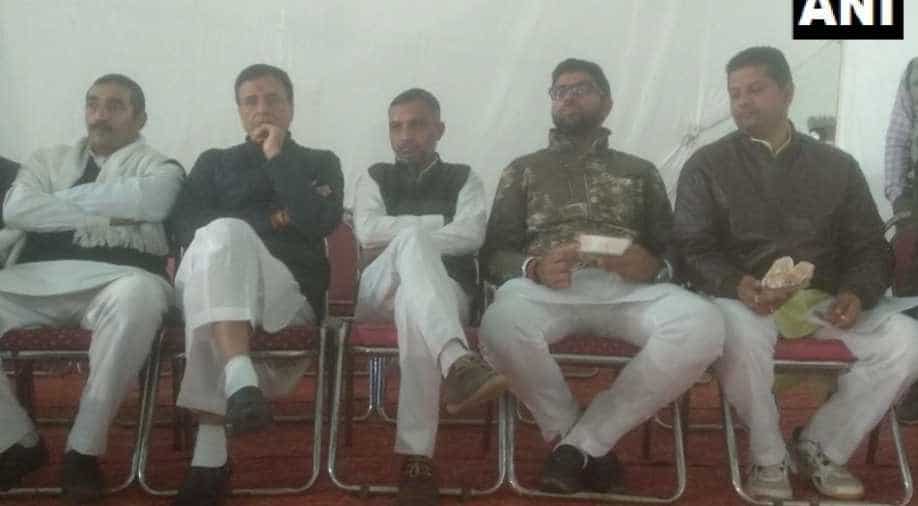 The counting started at 8 am and the result was expected by afternoon, poll officials said here.

Counting of votes began on Thursday for the Jind and  Ramgarh assembly seats in Haryana and Rajasthan respectively.

The counting started at 8 am and the result was expected by afternoon, poll officials said here.

Voting for the bypoll took place on January 28 with nearly 76 per cent of the 1.72 lakh voters exercising their franchise in the multi-cornered contest in Jind. Meanwhile, Ramgarh Assembly bypoll in Rajasthan's Alwar district saw a voter turnout of 78.45 per cent. The crucial seat witnessed a triangular contest between the ruling Congress party, Bahujan Samaj Party (BSP) and the opposition BJP.

Jind seat is a test was for all four major parties in the fray -- the ruling Bharatiya Janata Party (BJP), Congress, Indian National Lok Dal (INLD) and the newly launched Jannayak Janata Party (JJP) as both Lok Sabha and Assembly elections were to be held later this year.

The byelection was necessitated after the death of two-time INLD legislator Hari Chand Middha, whose son is in the fray on a BJP ticket.

The election for the Ramgarh could not be held during Rajasthan Assembly polls due to the death of BSP candidate Laxman Singh just days ahead of the Assembly election.