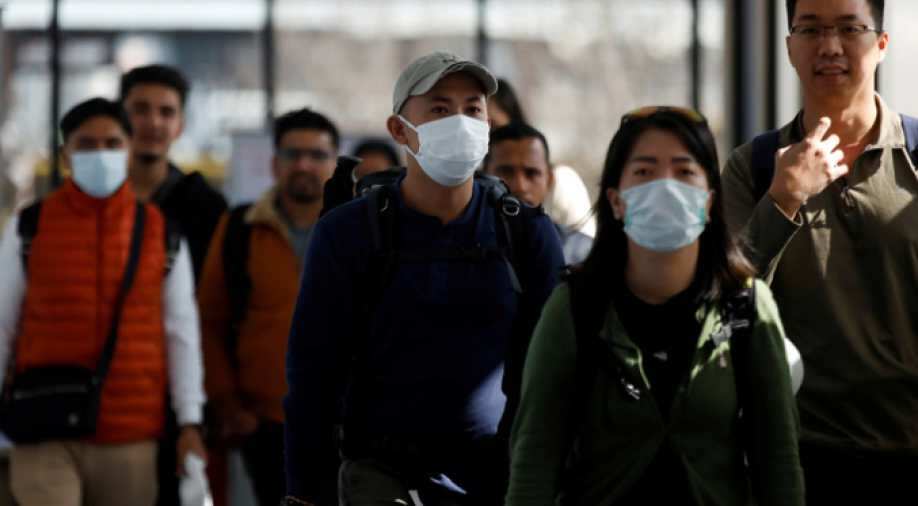 Passengers wearing masks to protect themselves from the deadly coronavirus. Photograph:( Reuters )

China has accepted India's request to evacuate its nationals from Wuhan which is the epicentre of the coronavirus.

An Air India plane will head to China soon to pick up Indian nationals.

The Directorate General of Civil Aviation(DGCA) has approved Air India's flight to Wuhan for the evacuation of Indian citizens, reports said with the Indian embassy in Beijing in constant touch with Indians in Wuhan.

More than 250 Indian students have been stranded in Wuhan after the SAR-like virus broke last month, although several had already left due to the Chinese Lunar New Year but several had stayed behind.

Meanwhile, France said it will send a plane this week to evacuate its citizens from Wuhan. At least five hundred to 1,000 French citizens are stranded in China.

Sun Weidong, the Chinese ambassador to India said the World Health Organization (WHO) hasn't recommended evacuation of nationals as he called the international community to remain calm.

As the virus spread, Germany said today that a man contacted the novel strain of coronavirus in the first reported case of human-to-human transmission in Europe.

The death toll due to virus has climbed to 106 with at least 4,000 infected around Wuhan city.

China had locked down Wuhan last week in an attempt to prevent people from congregating and further spreading the virus, however, the disease has continued to spread with several countries including Vietnam, Sri Lanka, France, United States confirming cases of the virus.

As China continued to grapple with the deadly virus, Hong Kong announced it was cutting down on the number of people crossing over from the border as the country declared the new coronavirus a public emergency. At least eight people are reportedly suffering the virus in the country.