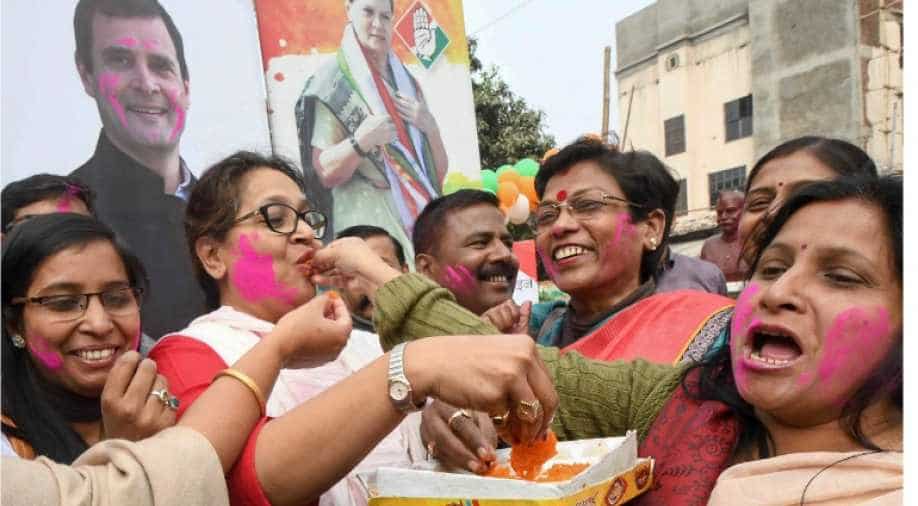 The Congress won 114 seats in the state polls but was two short of the simple majority mark of 116 in the 230-member Assembly.

The Congress has the support of 121 MLAs in the Madhya Pradesh Assembly, party spokesperson Narendra Saluja claimed Wednesday.

The Congress won 114 seats in the state polls but was two short of the simple majority mark of 116 in the 230-member Assembly.

"With the support of BSP's two, SP's one and four independent candidates, the Congress' tally is 121 in the 230-member Madhya Pradesh Assembly,"

"The Congress has emerged as the single largest party with majority support. The BSP, the SP and Independents have assured their support in favour of the Congress," Nath, the state Congress chief, said in a letter to the governor.

He further requested the governor in the letter to call the Congress to form the government in the state.

The Bharatiya Janata Party (BJP), which ruled the state for 15 years, got 109 seats in the elections.

However, it edged ahead of the Congress in the vote share by a slender margin, bagging 41 per cent of the total votes polled, while the Congress got 40.9 per cent.