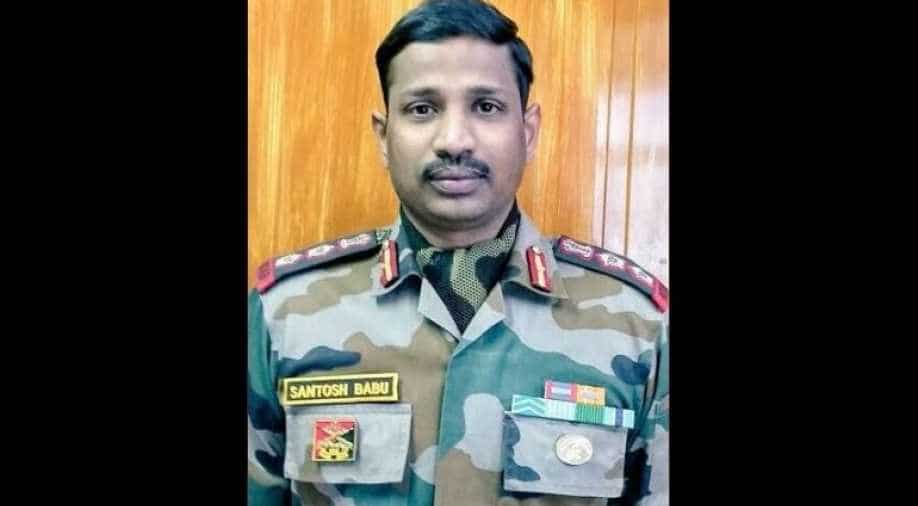 The Indian Army issued a statement saying that the loss of lives on the Indian side includes an officer & 2 soldiers.

Commanding Officer of 16 Bihar regiment Colonel Santosh Babu was among those who lost his life during violent clashes with Chinese troops at the Line of Actual Control (LAC) in the Galwan Valley in the Eastern Ladakh region. Along with him, two jawans were also martyred in the deadly clash.

The Indian Army issued a statement saying that the loss of lives on the Indian side includes an officer & 2 soldiers.

"During the de-escalation process in Galwan Valley, a violent face-off took place last night with casualties. The loss of lives on the Indian side includes an officer & 2 soldiers. Senior military officials of the two sides are currently meeting at the venue to defuse the situation", the Indian Army said.

Meanwhile, External Affairs Minister S Jaishankar, Chief of Defence Staff General Bipin Rawat and Army Chief General MM Naravane have left the residence of Defence Minister Rajnath Singh after holding a meeting over the issue. Earlier, ANI quoted Indian Army as saying that to defuse tension, senior military officials from both sides are holding a meeting in Galwan Valley. This is the first time in 45 years that India has suffered casualties in a face-off with China.